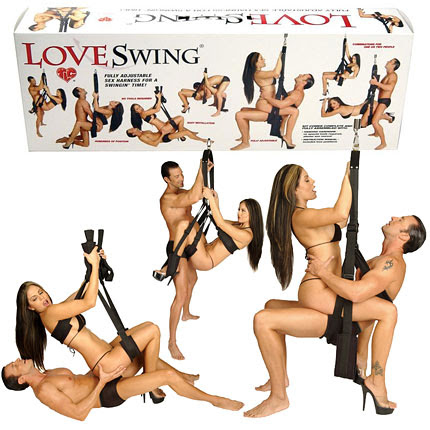 For those of you who are unaware, Kansas is deeply in debt due to reckless income tax cuts. So what are politicians doing about it? Are you ready?

I have to wonder how some of his longtime supporters, Rev. Pat Robertson, Focus on the Family’s Dr. James Dobson, and the Family Research Council’s Tony Perkins, feel about his decision to sell sex toys on the internet.

“According to the Kansas City Star’s Matt Campbell, “The merchandise was seized in July by the Kansas Department of Revenue from five adult stores in Kansas City, Kan., Topeka, Wichita and Junction City. The owner, United Outlets LLC, doing business as Bang, owes the state $163,986.”

Among the items being sold by Equip-Bid.com are a “fantasy love swing” in black and a 16-foot “Japanese silk love rope” in purple. Thankfully, the items are “all new and in the original packaging,” Campbell noted. (condensed version – read whole story here)

My final thought on this racy fundraiser for the state of Kansas is that it could catch on with other states that are in deep financial holes. All the governors have to do is bust some sex shops and sell the proceeds.

The hell with morals; money talks a lot louder in our society.

Straight up. I have my doubts about t he House Select Committee on Jan. 6 holding anyone accountable for Trump's coup attempt. The chan...