A nostalgic Goodbye to Paul Revere, and Hello (again) to Christine McVie 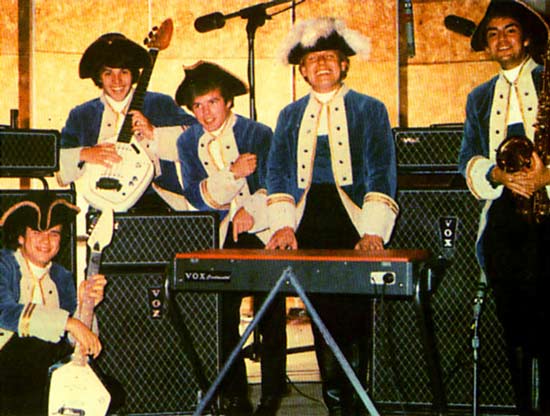 Goodbye, and hello, in the world of rock.

Paul Revere, the organist (photo above) and leader of the Raiders rock band has stopped making music at 76 years old.

Roger Hart, manager for Paul Revere and the Raiders, said he died Saturday at his home in Garden Valley, Idaho, from cancer.

Revere, born Paul Revere Dick, became known as "the madman of rock and roll" for his theatrical colonial wardrobe and infectious onstage persona with the band.

The group launched its career in 1963 with a popular rendition of Richard Berry's "Louie, Louie" before releasing its own hits, such as "Kicks," "Hungry" and "Good Thing."

The band's biggest smash came in 1971 with "Indian Reservation." It was my favorite song by the group.

All of the members of legendary rock band Fleetwood Mac have been reunited.

With the return of former member Christine McVie, who quit the group to live a quiet life in England in 1998, the dynamic band is ready to rock another generation.

The keyboard player and vocalist played her first gig in 16 years in Minneapolis a week ago, when the group kicked off their U.S. tour.

Mick Fleetwood reportedly said. "It's almost like it never happened that she went away."

Between now and December 20, all five members of Fleetwood Mac will be on their 24-date tour, including a special TODAY concert on Thursday Oct. 9.