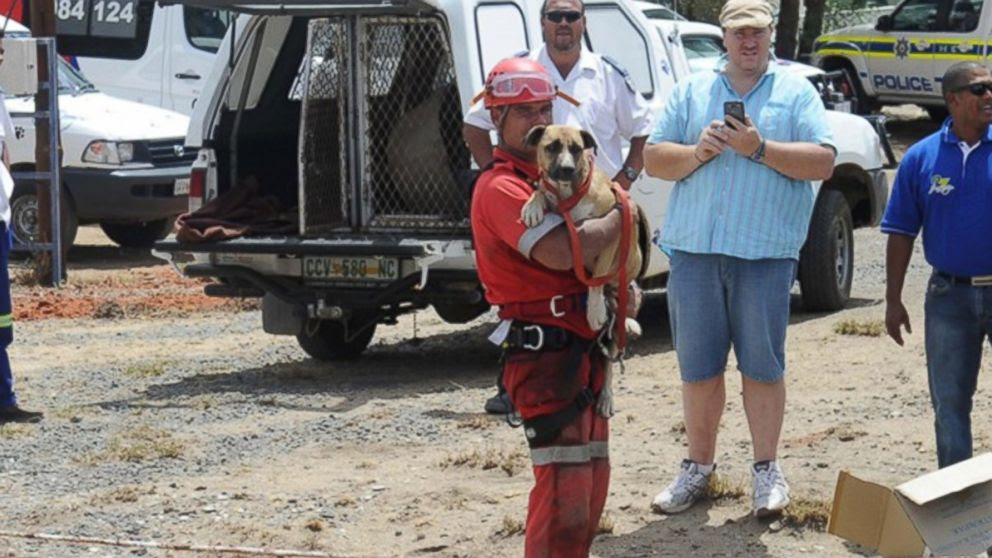 Today we’re going to take a look at a couple of underdogs.

The first story is about a dog…

It was a daring rescue involving seven first responders and a rig suspended over the deepest hand-dug pit in the world, an open-pit diamond mine in Kimberley, South Africa.

At the bottom was their treasure: not precious gems, but a little brown Labrador the public has nicknamed "Underdog."

Underdog captured the heart of rescuers after he miraculously survived the monumental fall, tumbling the equivalent of 50 stories deep into the mine several days ago. It's unclear how the dog fell into the Big Hole, as it is known in South Africa's Northern Cape province, but tourists spotted the animal on Thursday.

Underdog has been taken to the local vet for a thorough check-up. The dog, which didn't have any signs of an owner, is now up for adoption, but he won't be homeless for long.

There is no shortage of people who watched Underdog's rescue who are willing to bring him into their home and several of the team members responsible for saving him have indicated their eagerness to give him a permanent home - and a permanent name!

The second story is about a man...

When the injury-riddled Los Angeles Lakers called up Kendall Marshall from the D-League it was his big chance. In his first game with the team he got a foul and was ejected within two minutes. Not an auspicious start.

But, Mike D'Antoni's ''Marshall plan'' worked to perfection on a night when the Lakers' coach didn't have any other choice but to play him. Marshall rewarded him by finishing with 20 points and 15 assists in 40 minutes. The Lakers won the game won - 110 to 99 – to put and end to a six-game losing streak.

I’m not sure who was the most shocked to discover Kendall has game. His team mates, or me! He may not be an underdog for long if he continues to play like this.