Big news for tech and media:

The U.S. Supreme Court says it will take on the Aereo vs. the TV industry case. A decision could come this summer, and could have a significant impact on both the TV industry as well as a crop of Web companies that use the Web to deliver media.

Both Aereo, which delivers broadcast TV shows over the Web but doesn’t pay a license for the programming, and the TV industry have asked the court for a ruling. Here’s a statement from Aereo CEO Chet Kanojia:

“We said from the beginning that it was our hope that this case would be decided on the merits and not through a wasteful war of attrition. We look forward to presenting our case to the Supreme Court and we have every confidence that the Court will validate and preserve a consumer’s right to access local over-the-air television with an individual antenna, make a personal recording with a DVR, and watch that recording on a device of their choice. 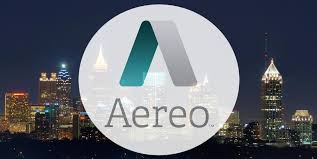 “This case is critically important not only to Aereo, but to the entire cloud computing and cloud storage industry. The landmark Second Circuit decision in Cablevision provided much needed clarity for the cloud industry and as a result, helped foster massive investment, growth and innovation in the sector.

The challenges outlined in the broadcasters’ filing make clear that they are using Aereo as a proxy to attack Cablevision itself and thus, undermine a critical foundation of the cloud computing and storage industry.

“We remain unwavering in our confidence that Aereo’s technology falls squarely within the law and our team will continue to work hard to provide our consumers with best-in-class technology that delights and adds meaningful value to their lives.”

The broadcasters released a statement as well:

“We are pleased the Court has agreed to hear this important case. We are confident the Court will recognize that this has never been about stifling new video distribution technologies, but has always been about stopping a copyright violator who redistributes television programming without permission or compensation.”

Here’s the crux of their argument, made last spring via a friend-of-the-court brief:

“Every time a consumer uses the an Internet cloud-based backup system or online storage locker, both the consumer and the company providing that system rely on Cablevision’s clear holding that (1) it is the user – not the provider of that system – who copies the underlying work; and (2) the transmission of that work to that same user in a manner not capable of being received by others is a private performance that infringes no exclusive right of the rights holder in the underlying work.”