Jumping out of planes can be life affirming and scary as hell! 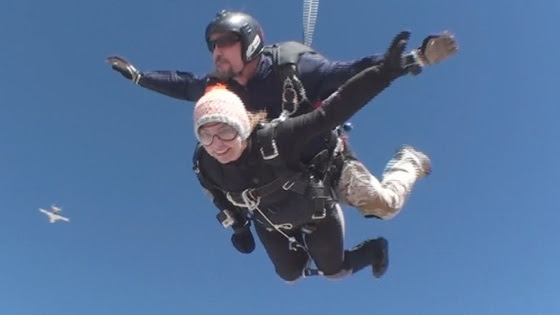 I never could see a good reason for jumping out of a perfectly good plane.

If I was in a plane that was going down and I didn’t have a choice, I’d strap a parachute on and become one with the sky. Not because I wanted to prove I’m alive. But to stay alive. There’s a difference

But we all march to a different tune. That’s why I take my hat off to Gabrielle Giffords. On the third anniversary of the mass shooting that left a bullet in her head and six people dead, she jumped out of a plane to prove she’s alive. Mission accomplished.

Take the story of the 80-year old woman who decided she needed to jump out of a plane to cross an activity off her “bucket list.” A video of her skydiving adventure gone horribly wrong went viral in 2012.

The video was created by The Parachute Center, a skydiving company in Acampo, Calif., as a memento for jumpers to take home after their airborne adventures. She didn’t die, but I doubt if she’ll ever do that again. Mission – sort of – accomplished. 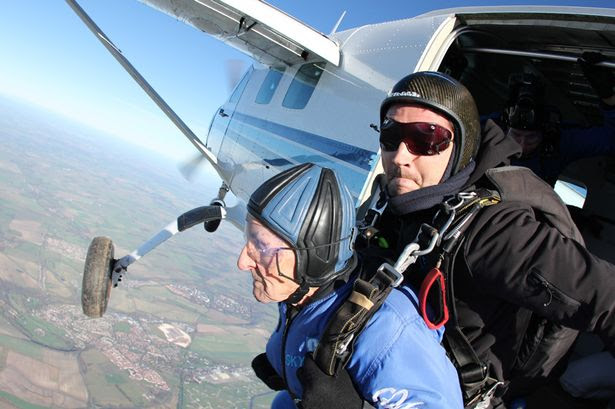 My favorite parachute story has to be about Jack Hake who completed a 10,000ft charity skydive at the age 93 - with his late wife’s ashes strapped to his chest.

The plucky pensioner tucked a bag containing the remains of his wife Veronica under his jumpsuit because the couple, who were married for 70 years, ‘did everything together’.

Second World War veteran Jack, from Wimborne, Dorset, told Veronica on her deathbed that he wanted her to be with him when he did the jump.