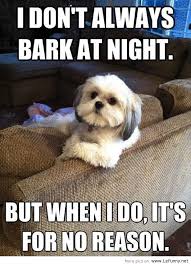 If you’re a dog owner/lover like me, you already know what your dog wants and when. It’s a simple process unhindered by written rules and happens when you bond with your dog. The last thing I need is for my dog’s thoughts to be translated into English!

Can you imagine? I thought my pug Molly was a world class whiner when she wants to be, but if her whines are translated into words I can understand it’s going to be worse.

The dramatics will get ramped up from woof! woof!, to “Get my damn food you lazy bastard!”

I don’t wish this group of inventors from Sweden any luck in their quest for financing their little device – No More Woof.

At the very least, I hope they’re unable to translate dog’s thoughts into English, and have to settle for German or French. I don’t know either language and that would negate being chewed out by Molly because I wouldn’t understand her!

“The Nordic Society for Invention and Discovery recently launched an Indiegogo campaign to raise funds that will help the group create No More Woof, a device that (might) translate a dog’s thoughts into English.

Currently in testing stages, No More Woof resembles a headset that fits on to a dog’s head. It is equipped with sensors that pick up canine brainwave patterns and then translate them into English through an attached speaker.

So far, the device is able to detect thought patterns associated with “Who are you?”, “I’m hungry” and “I’m tired.” (No word yet on if it will be able to translate "If you don't let me outside right now, I'm going to leave a mess on the carpet.") Story and video here