Thinking about thinking…or, how we use language 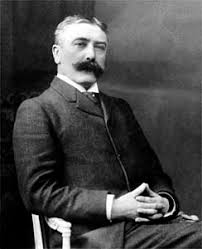 Today’s post is for all you wordsmiths out there. It’s about language and how we use it in our heads before speaking or writing it down.

This interesting concept was fueled by Swiss linguist, Ferdinand de Saussure, who was in the forefront of “thinking about thinking.” The following article from Dictionary.com will give you food for thought:

“How do we use language? We use it to express ourselves through speech, to record our experiences or to invent and tell stories in writing. But before all that begins, before a word leaves our lips or a pen hits the page, we use language in our heads. This code we share is more than a “simple naming process.” It’s the means by which we form our thoughts and interpret the world around us.

One of the first people to articulate this concept was a Swiss linguist named Ferdinand de Saussure. Saussure wrote and taught in the late 1800s, and though he died in 1913. Saussure understood that thinking about language was essentially thinking about thinking. He put language under his own theoretical microscope the way biologists study cells, looking at words as the building blocks of our thoughts.

The foundation of his project is breaking down our idea of a word into its component parts: the concept and the sound-image. Let’s do an experiment. First, picture a tree. It can be a tree you’ve climbed or a generic tree you’ve invented in your head. Regardless of the exact form, this abstract idea of a tree is a concept. Now picture the letters T-R-E-E. These four letters, when placed in this order, form the sound-image in that they can be spoken, written, or read. But without the imagined tree behind them, the letters are meaningless. Only by uniting concept and sound-image will “tree” evoke the mental picture you just conjured. 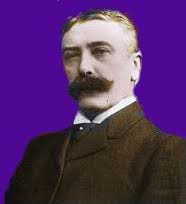 Saussure does not call this fusion of concept and sound-image a word, instead he calls it a sign, and it was through this code of signs that he built the discipline that’s given us so many tools to know our language: semiology. In Saussure’s words semiology is “a science that studies the life of signs within society,” named for the Greek word semeion, meaning “sign.”

In his book A Course in General Linguistics (the ground-breaking tome that this is coming from), Saussure replaces the term “concept” with “signified” (referring to that which is signified, i.e. the image of the tree) and “sound-image” with “signifier” (that which does the signifying, i.e. the written/spoken “tree”).

From there he drops a bomb that puts a new spin on the whole business: the signifier (written/spoken sound-image) is arbitrary. That’s right, according to Saussure the only function of the word “tree” is to be different from every other word. For all he cares it could be “blarg” as long as every speaker of a language recognizes that “blarg” signifies a leafy wooded plant.

Saussure points to the fact that onomatopoeias for the same sound vary greatly from language to language, and speakers are often conditioned by their language to perceive certain sounds as beautiful.” (What words do English speakers find beautiful?) (Source)