As It Stands: 5 Steps to Motivate the Miscreants in Congress 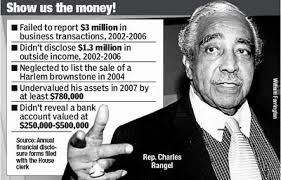 By Dave Stancliff/For The Times-Standard
The 113th Congress is stumbling along like the old Congress and on track to be as ineffective. I find this intolerable, unprofessional, and really irritating. We, the American people, are being screwed by the stooges who are supposed to be protecting our rights.
So what can we do about it? I’ve given the subject some thought and here are my recommendations:
1) Institute a new payroll system for Congressmen. Here’s how it works; they do not get paid until a law is passed. Once they pass it, they get what’s due up to that point. For example; if they take two months to pass a bill then two months salary is due
upon passage.
2) If #1 is still not working, then all insurance and special perks are put on hold, until a law is passed.
3) All Congressmen will be required to complete a special team work course designed to break deadlocks or filibusters. Briefly, the course will included activities such as a group carrying a 20 ft. long tree trunk from point A to point B.

If you’re familiar with our military training, this is a common team-building exercise that’s been used since the ancient Greeks and Romans. I’m just putting a spin on it.
Setting the pace for The House of Representatives will be majority leader, Eric Cantor and minority leader, Nancy Pelosi. For the Senate, we’ll have majority leader Harry Reid and minority leader Mitch McConnell steering the log to its destination.
Here’s the kicker; no one get’s to quit until the log is taken to point B. For those who can’t get there, they’re doomed to get calluses on their shoulders. My thought is extreme political ideologies will wilt under reality and they’ll come out of the experience ready to honestly negotiate on behalf of the American people.
But why stop there?
4) We could have a new reality show (they’re really popular) called “The Men and Women of Congress.” Viewers could tune in to watch what’s happening live in the Senate and the House. So what? It’s already available? Not like I envision this reality show.

Thanks to hidden cameras, we’ll also get to see behind the scenes negotiations and other antics our lawmakers indulge in. Think about it for a moment. Torrid affairs. Secret deals. Viewers will tune in by the millions.
Then when you see them on the floor, and our government in action, you’ll know the whole story. Insights gleaned from this reality show will be valuable to the voting public. Remember when Mitt Romney talked about the 47% ers during a private fundraiser. I think you can see the potential.
5) Throw out all the current clowns in Congress and start over with a clean sweep. The new lawmakers will be held to the above standards of teamwork and must be ready to be totally accountable for all their actions.
I think anyone willing to go along with my first four suggestions would be a real asset to our government. Just imagine the amount of cooperation. The rest of the world would stop laughing at us. Wouldn’t that be nice? 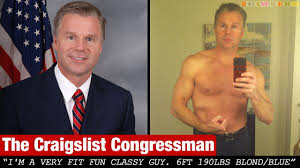 I’m not the only one who has some extreme ideas for solving the gridlock in Congress. There are quite a few folks out there who are very angry with the inability of our lawmakers to do the job they were elected to do. Some people are actively calling for some radical changes. I love it. They’re not kidding around either.
I invite you to visit Make Congress Work (http://www.nolabels.org/work). The organizers bill themselves as The No Labels Action Plan To Change the Rules and Fix What’s Broken.
Sounds good. I think it’s really interesting to see people taking action instead of just whining like me.
Another site I recommend visiting is The “Kick Them All Out” Project (http://www.kickthemallout.com/) whose solution to our uncooperative Congress is to fire them all and start over.
As mentioned in #5, I think a new slate would be great. Those “Kick Them All Out” folks have all kinds of information and are in the vanguard of change…hopefully.
As It Stands, meanwhile I’ll keep shining a light on the miscreants because someone needs to do it.