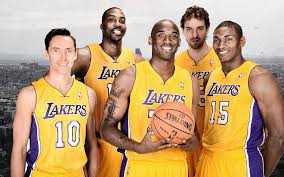 The LA Lakers worst season was in 1957-58 when they went a pathetic 19-53 (.264). As a Laker fan for over 50 years, this one seems like the most painful season. I was only seven years old when they had their worst season. At 62, I’m concerned the Lakers are poised to post nearly as bad a record this season.

Being a fan isn’t easy. Not for a real fan when faced with their team racking up a lousy record when everyone had high expectations of them. You still have to root for them. No matter what. Through good times and bad.

As a Laker fan I realize I’ve been spoiled. They are the greatest basketball franchise on the planet. But right now they look like a disoriented group struggling to survive the season. Last nights blow out at Memphis put’s the Lakers down another rung in the Western rankings.

It’s been like watching Rome crumble from within. When Jim Buss decided he couldn’t put the team above his own stubborn ass and hire Phil Jackson, the Lakers were doomed. A pissed-off Kobe has been speaking out about his frustrations.

Dwight Howard has disappeared. Other teams are asking about him as trade fodder before the deadline. The return of Nash has been less than spectacular. He’s a step too slow and hasn’t been given a chance to bounce the ball more than three times on any offensive set before having to pass it to Kobe.

Forget about pick and rolls between Kobe and Howard. They don’t like each other. Pau Gasol has been benched, and is also the subject of trade talks. Jordan Brown, the backup center, was injured and is out for the season. I could go on…but it’s not necessary. You have the picture.

What started out as a Dream Team on paper in the pre-season, has ended up a nightmare, a train wreck, a lost season with everyone pointing the finger at each other. As a fan, all I can hope for is next season…maybe things will chance by then.