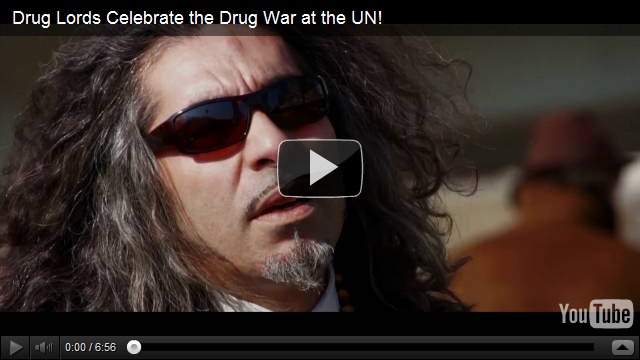 It would be a gas to see some people actually do this!

Host A Satire Drug Lord Party In Your Area

This video is from last year, but Oregon SSDP Coordinator Sam Chapman pointed out that it would be amazing to do it this year at state capitols around the nation. It’s satire of course, but it really shows people how ludicrous the war on drugs is.

Thanks to the Weed Blog!

I recently wrote a column -

The bottom line: most of the UN nation’s are continuing their senseless war on drugs. They follow party lines established by the US,which is the real culprit in preventing drug reform policies.