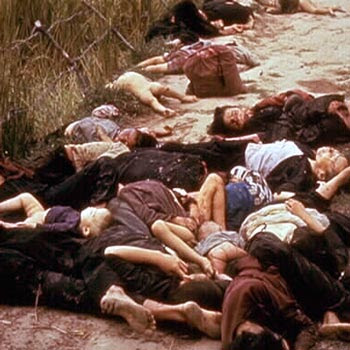 By Dave Stancliff/For the Times-Standard
It was bound to happen.
After 10 years of war in Afghanistan, a massacre brings back memories of the horrors committed against civilians during the Vietnam war - in particular, My Lai.  I’m not surprised. The military’s policy of multiple combat tours virtually assured it. How could it not have occurred?
When I was in Vietnam (1970), only one tour was required. People did re-up voluntarily, going back for more combat tours. They didn’t have to, however. Today’s warriors have no choice about multiple combat tours.
I’ve heard people say because we have an all volunteer military, anyone who goes in should be ready for those multiple tours. The attitude being, “they asked for it.”  Well, yes and no.
Let’s put this whole issue in perspective. One combat tour is more than enough to cause Post Traumatic Stress Disorder (PTSD). We learned that in 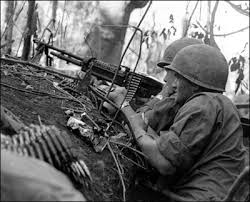 Vietnam. Why was one tour sufficient back then?
Partly, because there was a draft and lots of young men were available for cannon fodder. If the military had a multiple tour policy during the Vietnam war, it would have ended long before it did. I suspect military planners knew that. Men were leaving the country to avoid serving in the military and going to Vietnam.
The medical community “in Country” during the Vietnam war, generally thought their patients were just trying to avoid doing their job. That they were cowards. Most of the time the shrinks sent their patients back to the boonies after a short “rest” period.
Imposing multiple tours back then would have been considered sheer madness. That was before anyone knew about PTSD.

We sure know about it today. The awareness about PTSD is at an all time high. That’s why it’s so maddening to see our warmongers demand multiple tours from both active duty personnel and Reservists. During Vietnam, Reservists weren’t sent into combat for even one tour.

The only excuse for repeated tours today is there are not enough bodies to go around. By all accounts, there are record number of soldiers who served in Iraqi and Afghanistan with PTSD. The numbers are growing at an alarming rate. Programs have been implemented to deal with these cases, but for the most part, it’s been business as usual.
That tells me our military planners know the odds of getting PTSD 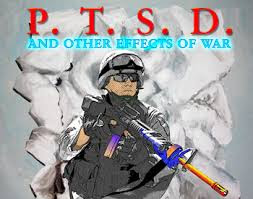 are extremely high, even from one tour. Still, they’ve chosen to sacrifice our volunteers on the alter of their global ambitions and ideologies.
So why should anyone be surprised when highly decorated Staff Sgt. Robert Bales snapped and allegedly went on a murderous rampage?

Imagine, if you will, what this veteran of three combat tours thought when he was suddenly (with no warning of any kind) sent to Afghanistan after living safely stateside with his family. The military was even training him to be a recruiter. A well-deserved stateside break.
Reportedly, days before he suffered his breakdown, he was standing next to a friend who got his leg blown off - a critical wound.  It must have been a shock. Bales had already suffered a "concussive head injury," and lost part of his foot during his deployments in Iraq, according to a recent Associated Press report.
The New York Times reported that a senior American official said Staff Sgt. Bales had been drinking alcohol the night of the massacre. Other reports say he has financial problems. What sparked this atrocity will be argued about for months and years to come.
Those innocent women, children, and old men were more victims of our military’s insane policy of pushing people until they break, than Staff Sgt. Bale’s allegedly senseless attack.
It could have been anyone from the 3rd (Stryker) Brigade, 2nd Infantry Division, statio

ned at Lewis-McChord in Washington state. Bales had been screened for PTSD after the head injury and had been cleared, but characterized the testing as "minimal," according to his lawyer, John Henry Browne.

Interestingly, the base's medical center is being investigated for allegedly down-grading post traumatic stress diagnoses to other mental illnesses that do not prevent deployment or qualify soldiers for disability payments. Lewis-McChord is reputedly the most troubled base in the US military. (see http://www.csmonitor.com/USA/Military/2012/0317/Did-soldier-said-to-have-killed-Afghan-civilians-come-from-most-troubled-base ).

It’s too late for those innocent people, and for Staff Sgt. Bales. We never should have gone to war in Afghanistan. Nothing has been accomplished other than garnering the absolute hatred of nearly every man, woman, and child there.

Unless, of course, you want to count a new generation of American soldiers suffering from PTSD.
As It Stands, you have to go to the source of a problem to solve it. Treating the symptoms is a waste of time…and lives.