Fighting Childhood Obesity: not a pretty picture but we can’t ignore it 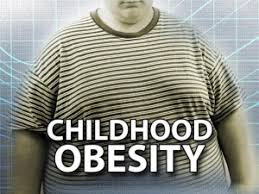 It’s a difficult road we’re taking today. One paved with obese children from coast to coast. For whatever reasons, we’ve become an overweight nation, and our future precariously promises a growing population of fat, unhealthy kids.

The National Association to Advance Fat Acceptance got pissed off at a new Walt Disney World Epcot exhibit on childhood obesity and demanded they take it down. The exhibit was closed shortly after its unofficial opening in February, the Orlando Sentinel reported Thursday. The official opening has been postponed.

“Peggy Howell, a spokeswoman for the group, said "These pictures further the stigma against people of higher body weight."

The interactive exhibit (Graphic on right), Habit Heroes, featured animated fitness superheroes Will Power and Callie Stenics and super-sized villains Snacker and Lead Bottom, who eat junk food and watch too much television. Critics said the exhibit reinforces stereotypes that obese children are lazy and have poor eating habits.

Blue Cross and Blue Shield partnered with Disney to create the exhibit. Blue Cross spokesman John W. Herbkersman said the exhibit was meant to be helpful.

"Our goal is to ensure that the attraction conveys a positive message about healthy lifestyles in a fun and empowering way," Herbkersman said. "To work on further improving and refining the experience, the attraction is closed for the time being. We look forward to officially opening it soon." 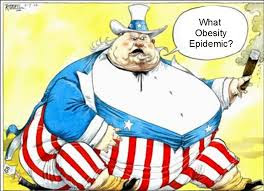 I’ve got to tell you I have mixed feelings about what happened. I can see both sides point. But,I also know we can’t hide from the epidemic of childhood obesity in this country.

We ignore these kids health at their risk. If there isn’t more programs and information on fighting this problem, the country is doomed in more ways than one. We’ve become a nation of fatties. We’ve got to do something about it.

Posted by ImBlogCrazy at 9:13 AM