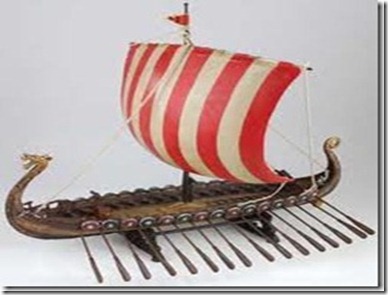 After a barrage of emails inquiring what happened to the rat bastard, the answer is we discovered his body rolled up in the shower curtain (it had been thrown up over the rail to avoid touching the tub) when we pulled it back down looking for him. An anti-climatic plop! Then it was over. Well, not quite over…

We both felt kinda bad about killing him. Because of rat bastard’s Norwegian lineage it was decided to give him a real Viking fiery sendoff.First however, we looked up his ancestral backround. 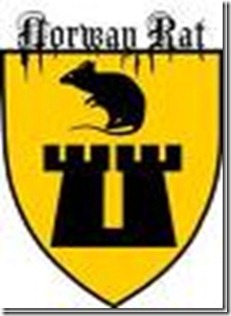 Note the family coat of arms.Rat bastard descended from a long line of rat bastards whose roots in castles make them royal pains-in-the-asses!

We lovingly made this replica (above) of a Viking ship for rat bastard’s final send off. It too 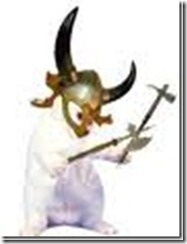 It was a real challenge trying to find an albino rat bastard willing to dress up and do the ancient chants for our deceased rat bastard. I won’t even go into how much cheese it took to pull this deal off other than to acknowledge he’s getting a life supply of sharp cheddar.

Because we knew there would be a large turnout for rat bastard’s funeral, we opened a small Rat Bastard Souvenir stand.

Here are a few of the items we had for grieving mourners: 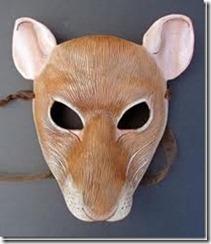 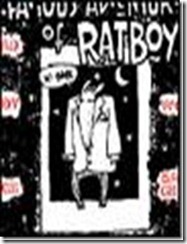 The hottest item was the packets of rat bastard poop at five bucks a pop.

The rat bastard stuffed doll was another item that was snatched up by saddened attendees.

Probably one of the most creative items offered were these tiny rat bastard masks made from slivers he chewed off of a our bathroom door!

Out here in the boonies we recycle everything.Needless to say it was a touching event as we launched the ship with rat bastard’s noble little ass in it! We soaked it in gasoline, after it floated out for a few feet, the guests shot miniature flaming arrows at it. A loud poooof!!!! And it was off to Vermin Valhalla. 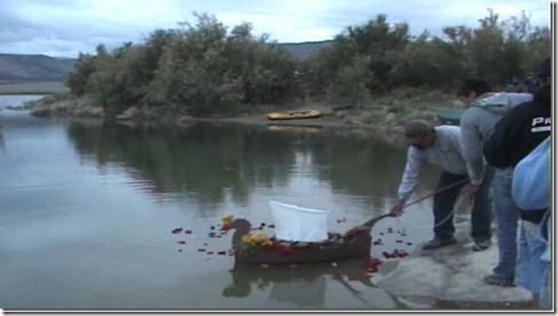 Along with Shirley’s high wailing cries of grief, some of us chanted:

This is what you get when you sneak through our back door!”

So now you all know...the rest of the story!

Posted by ImBlogCrazy at 6:06 AM