The Vanishing Mind: Life, with dementia behind bars 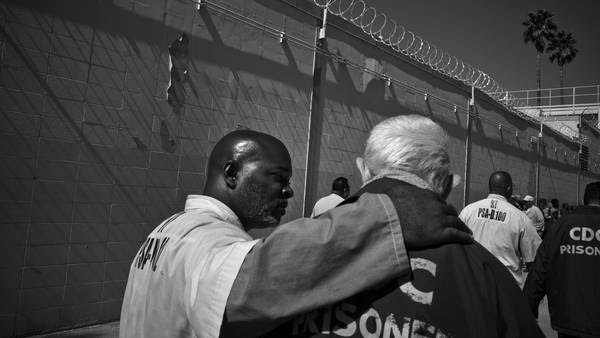 The path to prison life is littered with mistakes – or intentional unlawful actions – that result in a rapidly growing prisoner population.

Do you know that we incarcerate more people than any other country in the world? That we are prison central?

This results in many problems, as you can surmise. Today, we’re going to look at one aspect of prison life that not too many of us are aware of. Have you ever wondered what happened to those prisoners who have Alzheimer’s disease and  other types of dementia. The following story first appeared in The New York Times on Feb. 25th, and has since been picked up by numerous other outlets.

I think you’re going to be surprised when you read this story. It’s a tale of redemption for the very worst behind bars. It’s a sneak peak at a world none of us would ever see otherwise. Compassion and understanding coming from convicted killers makes you realize they are still human beings.

“Secel Montgomery Sr. stabbed a woman in the stomach, chest and throat so fiercely that he lost count of the wounds he inflicted. In the nearly 25 years he has been serving a life sentence, he has gotten into fights, threatened a prison official and been caught with marijuana.

Despite that, he has recently been entrusted with an extraordinary responsibility. He and other convicted killers at the California Men’s Colony help care for prisoners with Alzheimer’s disease and other types of dementia, assisting ailing inmates with the most intimate tasks: showering, shaving, applying deodorant, even changing adult diapers.”     (read the whole story here)