One Rotten Apple: bad press forces company to look into labor issues while shares rise to an all time high

“Apple said Monday that it had hired a non-profit labor group to examine working conditions at some of its suppliers in China, as the company tries to calm a growing storm over how the workers who build iPads and iPhones are treated.

“One particular supplier, Foxconn, has come under fire for working conditions at its facilities including alleged child labor violations and unsafe work environments. Labor advocates have long noted the problems. The Foxconn plants have seen a rash of suicides in the past year.”

Shares of Apple Inc. are at an all time high right now. Management must deal with this labor controversy in order to keep those shares viable. Combine that and The New York Time’s well-researched story and it’s just what it took to motivate Apple bigwigs into some sort of action.So they contacted a non-profit group - The Fair Labor Association (FLA).

The FLA’s job will be to conduct what Apple calls, “special voluntary audits” of Foxconn’s plants in Shenzhen and Chengdu, China. I think it’s obvious these “inspections” will be dog-n-pony shows. Think about it. Apple and the Chinese like their business arrangement. It’s going to take more than one article to really change things.

"The entry of Apple to FLA is a welcome development," said Mary Gallagher, director of the University of Michigan's Center for Chinese Studies, and associate professor for political science. "However, I'm not optimistic that conditions in Apple's supplier factories will change if we only rely on occasional inspections from an overseas group."

Chinese workers, she continued, "are increasingly aware of their legal rights at the workplace but they often lack the proper tools to realize enforcement of those rights, such as the right to strike and the right to organize collectively."

Li Qiang, director of China Labor Watch based in New York, said "FLA speaks on behalf of the companies, not workers. 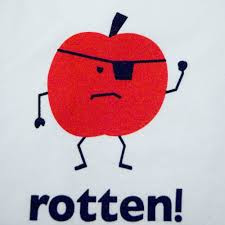 If Apple wants the inspections be accurate and trustworthy, it should have labor advocacy groups who speak for the workers involved in the inspection process."

And there you have it. The inspector (FLA) is cozy with companies…not workers. This harsh reality (inhumane treatment of workers)is a reflection of what’s happening across the country, as we mindlessly continue to outsource work to countries with little (or no) labor laws. Keep one thing in mind, we’re also outsourcing our worker’s future.

As It Stands, Apple management made it clear years ago that profit was everything and providing jobs for American workers was not in their best interests.

Posted by ImBlogCrazy at 1:59 PM