NYPD Suicides: 4 officers take their own lives in last month 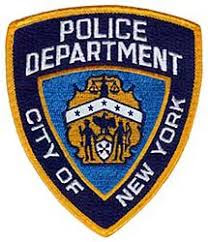 What’s going on? Why are cops killing themselves? On the surface, there’s no relationship between four recent suicides. Each had a different story, but with the same sad ending. The only commonality I can see is that they were all from the same police department.

Perhaps that’s the one clue to solving these suicides: is something wrong within the force itself? Are cops who admit to having depression summarily canned? Despite what the NYPD website says about the counseling all officers have available to them, there’s a reason why very few take advantage it. That reason is fear. Fear that word will get out to their superiors they can’t handle their jobs. So, they remain silent.

One of the four deaths fits the scenario I’m suggesting. That’s Officer Terrence Dean. The 29-year old killed himself while on duty after receiving a call from his fiancée, who reportedly told him she called his precinct about the depression he was struggling with.

One last observation on the subject of law enforcement officers killing themselves: NYPD is not alone when it comes to officers having to hide their depression to protect their jobs. It’s happening nationwide. I can give examples from all over the country. The point is, something has to change in the crime-fighting culture or these senseless deaths will continue.

Posted by ImBlogCrazy at 9:23 PM