Anything but the Truth: Corporations plan climate change skepticism agenda in schools 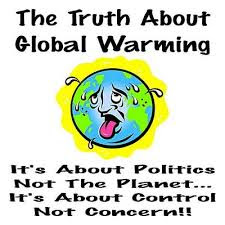 Once again, American corporations are following an agenda contrary to the good of the American public. In this case, they’re trying to brainwash our children with lies about global warming. The corporation’s will do, or say anything, to keep the topic away from the harm they’re causing to our planet’s environment.

“Internal documents have been leaked from the Heartland Institute, a Chicago nonprofit think tank, showing its funding of leading skeptics of global warming and a plan to teach climate change skepticism in schools. An anonymous person leaked the documents to several publications and activists supporting the science of climate change.

"The heart of the climate denial machine relies on huge corporate and foundation funding from U.S. businesses, including Microsoft, Koch Industries, Altria (parent company of Philip Morris) RJR Tobacco and more," reports the DeSmogBlog, which published the documents on Tuesday. The blog opposes what it calls the "climate denial machine."

Read the following links for the corporation’s complete agenda and how they plan to go about it.

The first batch of documents is here on the DeSmogBlog, and a second batch dealing with fundraising.

Here's a copy of the group's fundraising plan, with a list of donors.

Posted by ImBlogCrazy at 2:59 PM

Read all the links and it was a fascinating venture. These folks are clearly about chasing as much money as they can get their hands on while selling out the planet and their souls in the process. One wonders how they can sleep at night.

For example, one of the PDFs shows that they believe their future money is in defending the oil fracking business. They're intent on finding those potential fracking customers that will pay for their lobby 'n shill services regardless of the truth.

They speak of setting up bogus blogs to mirror small, hometown values with the causes they have to sell.

Fascinating read, Dave. Thanks. We really do have the best democracy money can buy; the people, planet, and moral conscience be damned.