Another day in paradise! It’s beautiful out there so don’t spend too much time reading my offerings this morning. Grab a quick cup of coffee and check out what’s happening in this crazy world we live in:

Think again: With World Zombie Day on Saturday, legions of the undead will moan, march and munch on brains in cities across the country. The event was founded in 2008 by Mark Menold, who knows his way around the creepy side of life as Professor Emcee Square, the host (and producer) of “The It’s Alive! Show,” a horror-themed TV program on WGBN in Pittsburgh. 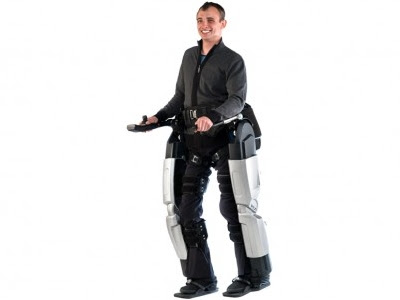 The 'fantastical' exoskeleton that could help patients walk again

It might sound like science fiction, but a new experiment very much rooted in reality may help quadriplegics move on their own again — with the aid of robotic exoskeletons. Researchers at Duke University Medical Center attached electrodes to the brains of two monkeys, and trained them to move objects on a computer screen by commanding a virtual arm simply with their minds. Plus, electric sensations could be sent back through the electrodes, convincing the monkeys' brains that they "felt" different textures. The findings, reported in Nature, may have repercussions for people crippled by paralysis. 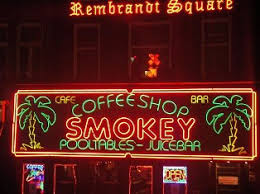 - Coffee shops in the Netherlands were left wondering on Saturday how to comply with restrictions announced by the Dutch government on the sale of "strong" cannabis, saying enforcement would be difficult given the laws on production.

The Netherlands is famous for its liberal soft drugs policies. A Dutch citizen can grow a maximum of five cannabis plants at home for personal use but large-scale production and transport is a crime.

On Friday, the coalition government said it would seek to ban what it considered to be highly potent forms of cannabis -- known as "skunk" -- placing them in the same category as hard drugs such as heroin or cocaine. But the industry said the guidelines were not clear enough.