How to go out with a bang, aspirin tied to vision loss, and scientists report new ozone hole over the Arctic 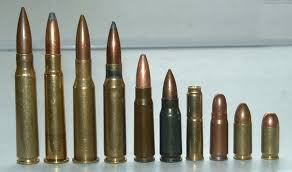 C’mon in. Don’t be shy. I’ve got a fresh pot of coffee on and a trio of stories to start your day. Who cares if it’s wet outside? Tip a cup with me and read what’s happening on this fine Monday morning.

There's something to be said for going out with a bang.

Two Alabama game wardens have devised a smoking send-off for avid hunters and gun enthusiasts. For a small fee, they will turn cremated ashes into ammunition that the deceased's loved ones can fire at will. Since it launched in July Holy Smoke LLC has had only two clients, but founders Thad Holmes and Clem Parnell said they have seen an uptick in prearrangements thanks to word-of-mouth and a recent flurry of international press. 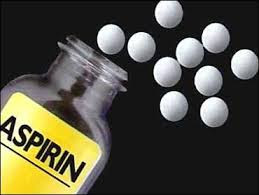 Seniors who take aspirin daily are twice as likely to have late stage macular degeneration, an age-related loss of vision, than people who never take the pain reliever, according to a European study.

The data do not show that aspirin causes vision loss. But the findings, published in Opthalmology, are of concern if aspirin somehow exacerbates the eye disorder, given how many seniors take it daily for heart disease.

Scientists report ozone hole over the Arctic for the first time

The high atmosphere over the Arctic lost an unprecedented amount of its protective ozone earlier this year, so much that conditions echoed the infamous ozone hole that forms annually over the opposite side of the planet, the Antarctic, scientists say.

"For the first time, sufficient loss occurred to reasonably be described as an Arctic ozone hole," write researchers in an article released online Sunday by the journal Nature.

Some degree of ozone loss above the Arctic, and the formation of the Antarctic ozone hole, are annual events during the poles' respective winters. They are driven by a combination of cold temperatures and lingering ozone-depleting pollutants. The reactions that convert less reactive chemicals into ozone-destroying ones take place within what is known as the polar vortex, an atmospheric circulation pattern created by the rotation of Earth and by cold temperatures. This past winter and spring saw an unusually strong polar vortex and an unusually long cold period.