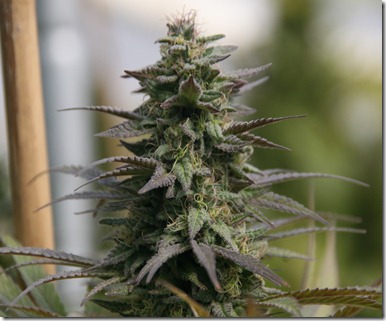 Medical marijuana supporters are rallying to protest the Obama administration's crackdown on medical cannabis dispensaries outside a press conference by U.S. Attorneys at the Sacramento Federal Court House today from 10 AM to 1 PM.

The DOJ forfeiture threats are the latest in an escalating series of federal attacks on medical marijuana by the Obama administration:

• The Department of Treasury has browbeaten banks into closing accounts of medical marijuana collectives.

• The Bureau of Alcohol Tobacco and Firearms has warned firearms dealers not to sell drugs to medical marijuana users.

• The DEA has blocked a 9-year old petition to reschedule marijuana for medical use, ignoring extensive scientific evidence of its medical efficacy.

California NORML estimates that the state's medical marijuana industry generates $1.5 - $4.5 billion in business, over $100 million in taxes, and tens of thousands of jobs in the state: www.canorml.org

With the federal budget on empty, the economy in disarray, our prisons overflowing, and prohibition-related violence raging across the border, it's an outrageous misuse of federal resources to wage war on marijuana dispensaries," says California NORML coordinator Dale Gieringer.  "Federal  anti-drug bureaucrats are afraid because the dispensaries are proving that it's possible for marijuana to become a safe, legal, tax-paying industry and so expose their own last-century policies as  bankrupt and obsolete."

Supporters are urged to call on the President to respect state marijuana laws - White House Hotline: 202 -456-1111. A bill to let states regulate medical marijuana legally, H.R. 1983, has been introduced by Rep. Barney Frank.