In The Eyes of Trump 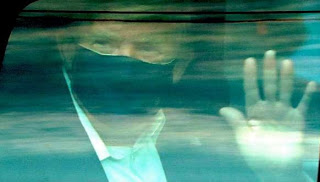 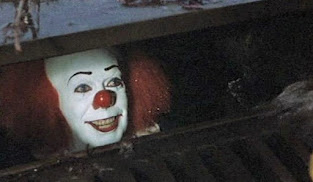 It's in the eyes.

We can see it in Trump's drive by photo-op (above) taken outside Walter Reed hospital, when he should have stayed inside instead of risking the lives of two secret service agents.

Anyone whose ever watched Stephen King's thriller, "It" (left) knows that look, and how a smile can mask evil intent.

One of the reasons Trump doesn't like wearing a mask is that he's an egomaniac who doesn't want to conceal his "beautiful" face, and because it puts too much emphasis on his shifty eyes.

It's common knowledge that a good con man doesn't let you look too deeply in his eyes which could give away his lies.

Because Trump has the attention span of a gnat, his eyes rove around unbidden, taking in distractions like a toddler discovering the world.

In the eyes of Trump the world is his kingdom consisting of loyal subjects, or traitors to his cause.

Quote for the Day: "The face is a picture of the mind with the eyes as its interpreter." -Marcus Tullius Cicero