GOP Argument that USA is Not a Democracy is Partly True...under Trump 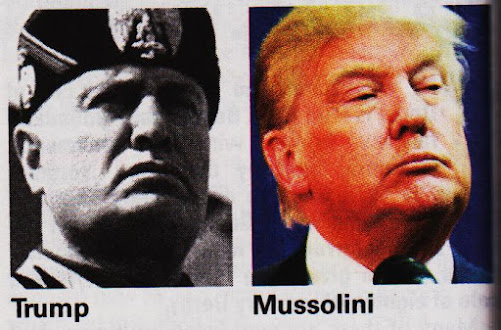 Republican Sen. Mike Lee went to twitter last week to attack our democracy, and to defend Trump's authoritarian-style of governance.

Lee blithely claimed the US is "not a democracy."

It's bad enough to hear one US Senator say something that stupid, but even worse to realize the entire GOP - under Trump - has taken a stance supporting authoritarianism.

Summarizing the Republican Party's stand, Lee tweeted; "Democracy isn't the objective; liberty, peace, and prosperity are. We want the human condition to flourish. Rank democracy can thwart that."

In the first place, what the hell is rank democracy?

Republicans have a long history of rejecting the notion that the US political system is a democracy.

Their treasonous theory is political hogwash. We are a representative democracy, not a direct democracy as the conservative pundits try to argue.

Furthermore, our political system is also a constitutional democracy, in which the Constitution provides a system of checks and balances (co-equal branches of government), therefore presenting restraints on the majority.

Technically, the US is a constitutional republic. But a republic, by definition, is a type of democracy, according to Merriam-Webster.

In other words, the US is both a republic and a democracy.

That reality means nothing to the Party of Trump, which has infected our government with authoritarian actions since Trump lied on inauguration day and swore to protect our democracy.

Watching Trump hold another super spreader event yesterday at the White House - while still carrying the virus - displayed his distain for science, while revealing how desperate he was for an adoring crowd to appear outside his balcony like a modern day Mussolini rally.

Quote for the Day: "I am a firm believer in people. If given the truth, they can be depended upon to meet any national crisis. The great point is to bring them the real facts, and beer." -Abraham Lincoln