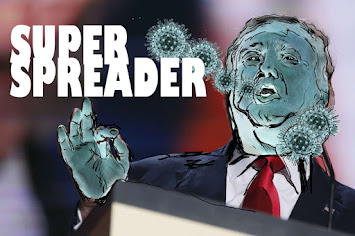 The only reason Rudy Giuliani hasn't been committed to a mental institution or a prison yet is his longtime ties with Trump.

Operating safely in the Trump alternate universe, Rudy comes out and claims - a couple of days ago - that he's gotten ahold of a secret email that is damning for Joe and Hunter Biden.

It's notable that the New York Post - a replica of that sensational rag The National Inquirer ran the story claiming Hunter attempted to leverage his father's position to help his business interest.

The problem was there was no such damning email. It was a lie, just like the narrative the GOP has been pursuing for over a year.

Oh yeah! The NY Post forgot to mention that Rudy was working with "an active Russian" agent to obtain dirt on the Biden's.

But the bigly bust for Trump and his minions was Barr was unable to conjure up an October Surprise with dirt on Obama and Biden spying on his 2016 campaign.

Fox hosts fumbled over each other in reporting how demonic the democrats were, with descriptions like this:

Tucker Carlson - "It's a domestic spying operation that was hidden under the pretext of national security."

Sean Hannity flatly described it as, "the biggest abuse of power, corruption scandal the country has ever seen."

This week the lame theory collapsed when The Washington Post reported that a Justice Department investigation into the supposed scandal ended with no charges.

Barr did not go public with the results. If not for The Washington Post, the results may have been concealed for a while longer.

To add insult to injury, Barr's "unmasking investigation" against the FBI's investigation on Michael Flynn was a BIG DUD. No one charged.

As expected, the news went off like a bomb in the Fox newsrooms where those phony conspiracy theories kept up their ratings for the last four years. 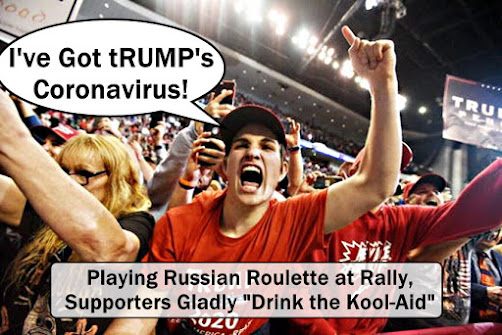 One shouldn't be surprised that Trump (when he got the news) shrugged his shoulders and continued to keep that - and other conspiracies' - alive during his super spreader rally tour.

Our reality show president knows his season is being cancelled in a matter of a few weeks when voters drive him - and his minions - out of the White House like vermin.

Until then, the show must go on. Regardless of the lives that will be lost.

Quote for the Day: "'I don't know' is how I reply to people with conspiracy theories about the coronavirus. This avoids going down their rabbit hole." -Rupert Wolfe-Murray