Why Johnson/Grassley's Bombshell Revelation Was a Dud 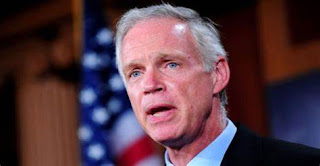 There's two traitors nestled in the Senate who have been doing everything they could to discredit Trump's opponent Joe Biden for over a year.

These snakes-in-the-grass are Sen. Chuck Grassley, and Sen. Ron Johnson. 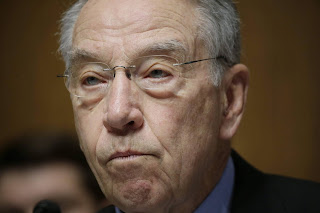 Johnson has been exciting Trump's base for months now, teasing that his committee is going to expose Joe Biden's corrupt dealings with the Ukraine.

The report, titled "Hunter Biden, Burisma and Corruption," was nothing more than a reprisal of years-old claims that were disproved numerous times. If the report was released to change minds of voters in the 11th hour...it failed miserably.

There was no evidence against Joe Biden of abusing his power to help his son Hunter. This bogus report compiled by two traitors was fueled in part by foreign actors linked to the Kremlin and whom U.S. officials said were interfering in the 2020 election.

Sens. Gary Peterson of Michigan and Ron Wyden of Oregon, accused Johnson of publicly hyping a damaging report on Joe Biden only to have to issue a report that included no such evidence.

What has emerged, at taxpayer expense, is Johnson's actions aided Putin's attack on American elections. What's more the two traitors were working with a Russian agent who was a pro-Russia Ukrainian lawmaker, Andriy Derkach.

After the Treasury Department released evidence against Dekach the two slime bags pushed back and claimed ignorance. Personally, I agree...they were ignorant, but their actions were corrupt and meant to re-elect Trump.

After months of repeated lies designed to put heat on Biden, their feckless lies have been exposed to the public. Johnsons jaw-dropping claims that it wasn't a political investigation have dissolved under facts and evidence.

First and foremost Sen. Richard Burr - the former chairman of the Senate Intelligence Committed - met privately with Johnson last year and warned him his probe could aid Russia's election-meddling efforts. As history shows, Johnson chose to ignore him. We now know why.

Quotes for the Day: "Truth cannot be constructed. To live in ideology is, as Havel so eloquently reminds us, inevitably to live in a lie. Truth can be revealed. We cannot be creators, only receptors." -James W. Sire