'California Dreaming' Has Turned Into a Nightmare 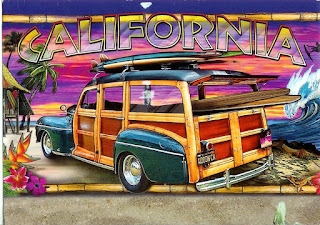 During my teenage years in the 1960s, Californians celebrated the great outdoors and beaches fostering a popular culture about the state that made it sound like a surfing paradise.

"Apache" is still played regularly by nearly every surf band in the country. What's interesting about that is the song had nothing to do with surfing. It was that trebly, clear, bright Fender twang, suitably soaked in heavy reverb; that staccato picking of strings and driving bass and drums that made it pure surf. 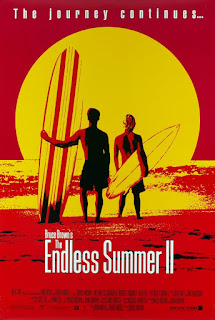 The 1964 hit "California Sun" was pure surf - from the driving beat and its verby guitar, right through to its thoroughly sun-soaked lyrics. The Beach Boys rocked the nation with "California Dreaming."

Getting closer to the point...

Growing up in southern California was a kids dream. Easterners looked upon California with envy because of it's great weather and beaches. West was best.

It offered the whole package, including exploring groves of the largest trees on the planet - California Redwoods. I even lived among those majestic giants in the 1970s in Humboldt Country. Tourists came from around the world to drive along the Avenue of Giants.

California Dreaming is a bygone story, poignant with happy memories and facing a sad fate.

Those dreams have fled in this apocalyptic summer of record-breaking temperatures, raging fires that have forced thousands to flee their homes up and down the state, unprecedented lighting strikes, rolling blackouts that have left millions in the dark, and ghostly orange and Martian-red skies.

Californians have always been blasé about earthquakes despite the loss of lives and infrastructure they sometimes cause. It was an accepted flaw in the dream. But the massive wildfires and drought from climate warming have been catastrophic for the Golden State for six straight years.

It's only going to get worse according to the National Climate Assessment, a major "state-of-science" review of climate change and it's projected impacts on California and the rest of the West Coast.

This year may be the tipping point for Californian's. They're leaving in greater numbers than ever before. My wife and I left the state seven years ago, and moved to southern Oregon.

Now we're experiencing too many wildfires in Oregon in the last couple of years. We even had to evacuate our home when a wildfire got too close. Fortunately, our house was still standing when we returned. We're not sure where we'll go if it continues here.

The sad truth is "California Dreaming" has turned into a nightmare. Oregon, and Washington, don't appear to be far behind California's fate.

Quote for the Day: "Which is the true nightmare, the horrific dream that you have in your sleep or the dissatisfied reality that awaits you when you awake?" -Justin Alcala

You're probably wondering what a Pity Club is all about?  And how can you join? You came to the right place. The Oh, Poor Me chapter...