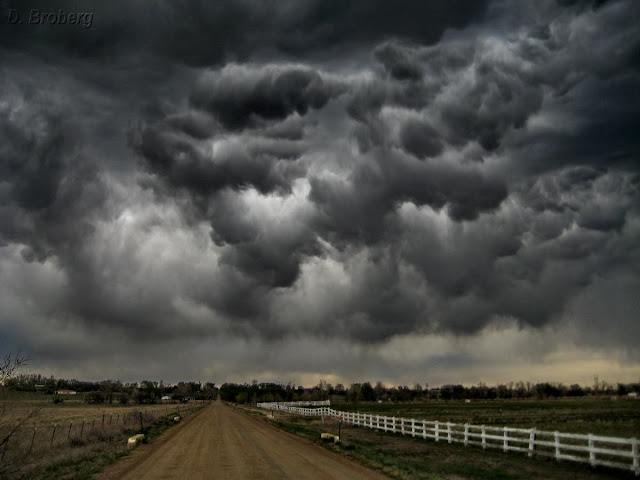 The storm clouds gathered in January.

Dark ominous cumulus clouds bearing the deadly coronavirus silently settled over the entire planet. Governments were slow to recognize the foreboding signs of a growing pandemic.

In February, Trump was impeached for bullying the Ukraine, but acquitted by a corrupt senate majority led by Mitch McConnell. An unhinged Trump went on a revenge tour and fired inspector generals and other government officials he felt were responsible for trying to stop his crimes.

The dark clouds already hovering over Washington and across America, got darker and more sinister as the country became even more politically polarized.

When Americans started dying in March from the deadly COVID-19 spread, things suddenly got real. Too real. The country had to be shut down.

Businesses were suddenly, shockingly shuttered. Americans were told to stay-at-home to avoid spreading the silent killer. The country ground to a halt - catching the majority of Americans off guard.

By April and May millions had filled for unemployment and businesses, big and small, were crying out for government assistance to stay afloat in the gathering storm.

By mid-May Americans were tired of being shut in. They wanted a return to normalcy, many unaware that the world changed overnight and there would be no return to "normal." That there would be a new reality.

Frustration overcame fear as many Americans shrugged off scientific advise and turned methods of protection against COVID-19 to a political battle. The wearing of masks to protect others degenerated into a Trump/Republican thing versus Democrats who believe in science.

And the clouds hovering over our deeply conflicted nation, caused by frustration, fear, and uncertainty of what the future holds for economic recovery... burst!

Horrified Americans watched four white cops murder a black man on TV. Along with a couple of other recent prominent cases of white cops killing blacks, it was just too much.

Now we are faced with a perfect storm of challenges that will eventually reshape our country - for better or worse.

These riots across the nation (40 cities at last count) are a reflection of the many grievances people have - and not just about the murder of George Floyd.

The country is not ready to re-open to mass crowds, but they're here... we have no choice. I fear what the repercussions of these mass gatherings will be beyond the immediate impact.

The coronavirus knows no limits. Young and old are dying from it. Over 100,000 have died thus far. Most rioters were not wearing masks or practicing social-distancing. I believe a new outbreak will happen in the next couple of weeks. It's inevitable. 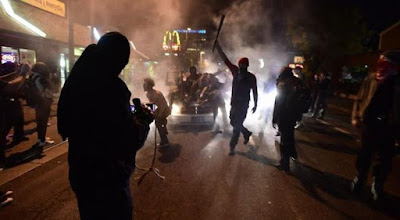 **A State of Emergency was declared by Portland's mayor. The shit hit the fan in Portland Friday night, as it joined 39 other cities in violent protests spurred on by George Floyd's murder in real time.

**Gathering of idiots - Hermiston, was the setting for the convergence of right-wing activists and militia leaders from across the state yesterday.

The event was held to protest Oregon's continued shutdown of some sectors of the state's economy and schools, and to encourage people to be politically active, according to organizers. The latter is the real reason the trolls got together.

Some of the clown groups that attended: Patriot Prayer, Oregon 111percent Militia, and the Oath Keepers. A roundup of anti-government zealots always looking for trouble.

Their purpose? The same purpose outside agitators in cities across the country have - to create chaos in a society they hate.