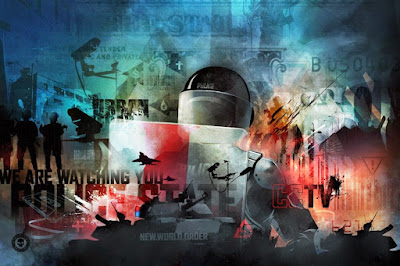 The space between conspiracy theorists and lunatics is a thin one.

In the Trumpian age of fake news and absolute lies, the conspiracy theorists are thriving like never before.

Mike Cronk, a survivor of the Las Vegas massacre, has been harassed relentlessly by conspiracy theorists who claim he was an actor hired to play the part of a victim.

Conspiracy theorists harassed him on Facebook, sending messages like “How much did they pay you?” and “How does it feel to be part of a hoax?”

Cronk has taken his Facebook account down and is hoping the trolls will go away. Unfortunately, his reputation has been trashed and is still being trashed on the Internet.

The cycles of hoaxer/conspirators harassment is now as predictable as the mass shootings that they try to debunk.

Bullying from the ugliest corners of the Internet overwhelms the grief-stricken as they struggle to cope with the greatest horror they’ve ever experienced.

One explanation for why we have these online lunatics:

Colleen Seifert, a University of Michigan psychology professor, said people were inclined to trust content they viewed on YouTube and might be drawn to mass shooting conspiracy theories simply because the tragedies were so implausible and frightening to them.

I'm sure that's one possibility, but I doubt that accounts for all the raw hatred expressed to innocent victims of tragedy. I think it's more like there's assholes anywhere you go, on, or off the web.

Jan-Willem van Prooijen, a psychologist at Vrije Universiteit Amsterdam commented about these trolls in a recent interview,
“It was always assumed that this is just a small group of lunatics. We now know, because of representative samples in various countries, that this is really very widespread.”

Some grieving parents of the Sandy Hook massacre have turned the grim task of tracking down hoax theory videos into a daily job.

In 2014, Lenny Pozner, whose child was killed in the Sandy Hook massacre, founded the Honr Network, an organization dedicated to holding conspiracy theorists accountable.

I might add that you can help fight these assholes by reporting questionable material to YouTube authorities. Or, you can join the Honr Network to be part of a bigger resistance movement.