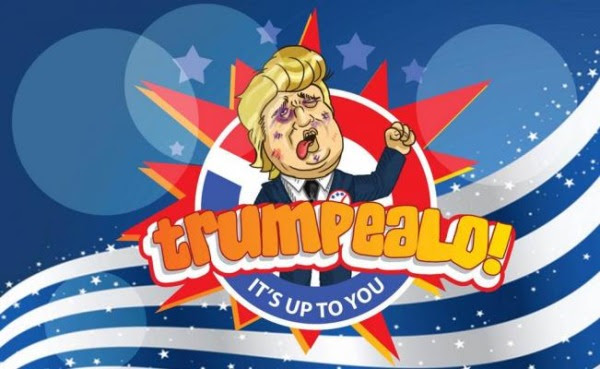 (An image from the video game "Trumpéalo", currently in a Beta version users can access and try. It is being developed by the Mexican app developers Karaoculta.)

I think Donald Trump is clueless.

He’s definitely wrong about getting support from the Hispanic community. He likes to say Mexicans love him, and he has thousands who work for him.

First off, working for someone doesn’t mean they love you.

Trump’s argument sounds like pre-Civil War rhetoric coming from plantation owners who had slaves...”my darkies love me. I feed, house, and cloth them.” 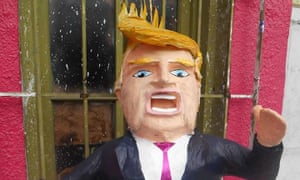 The only thing Mexicans love about Trump is he can be entertaining. Just ask the makers of piñatas in Mexico and the United States. Trump piñatas are the rage.

But it doesn’t stop there.

"Trumpéalo," created by Mexican developers KaraOculta, is a new parody game in which players follows a cartoon Trump around and throw shoes, soccer balls, and an assortment of items at him to prevent him from exiting the stage.

The game currently is in a Beta version (test version) and people can download it for free here.

Who knows what those merry Mexicans will come up with next?

One thing is for sure, The Donald will continue to come up with zingers like a… “country sending its rapists and criminals over the border.

Jorge Suarez, CEO of KaraOkulta told a Mexican newspaper Milenio that after Trump's statements one has to find the humor in things. "It turns out people have loved it (Trumpéalo)."