Does Kim Davis know a hate group is supporting her? 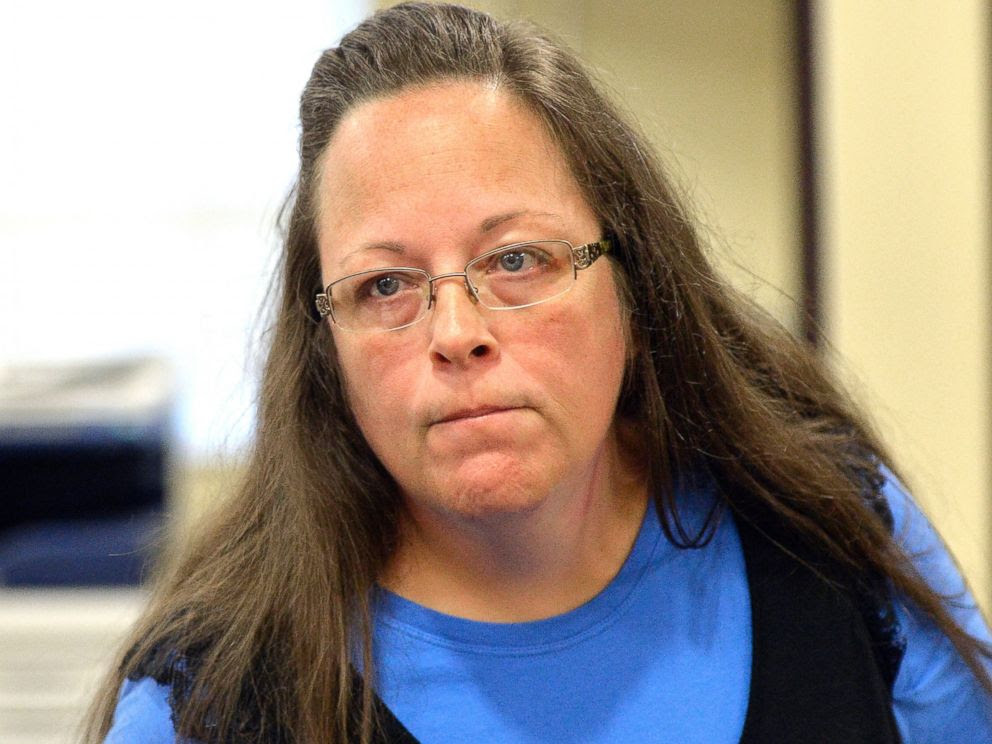 Kim Davis, the controversial Kentucky clerk who decided not to issue gay marriage licenses in spite of the law, has a hate group supporting her.

They call themselves Liberty Counsel, although their interpretation of liberty is pretty narrow. Liberty Counsel has been listed as a hate group by the Southern Poverty Law Center.

Davis claims that her decision to break the law by ordering her office to deny marriage licenses to same-sex couples “has never been a gay or lesbian issue.”  Either she’s lying, or she doesn’t know about Liberty Counsel’s goals.

What’s happened is that Liberty Counsel has found a martyr for their homophobic mission. They’re using her to claim that Christians in America are not only facing oppression, but have no need to follow the Supreme Court’s ruling on marriage.

Chairman for the hate group, Matt Staver, argues, if Davis wins then other elected officials can turn their counties (or cities and states) into “sanctuary cities” safe from gay marriage.

“If they come out with a decision that is contrary to God's natural created order,” Staver said before the court had ruled, “I personally will advocate disobedience to it ... and collectively, we cannot accept that as the rule of law.”

Staver is no stranger to anti-gay activism, as he has predicted that President Obama will impose “forced homosexuality” upon the nation, regularly likened gay people to terrorists, labeled the gay rights movement as “demonic” and defended countries that outlaw same-sex relationships.

Liberty Counsel is fundraising for theor newly appointed saint Kim Davis, with a goal of $100,000 (she only makes $80,000 yearly) to support her while she lingers in a jail that only she has the key to!

How convenient. A blatant payoff under the guise of religious freedom. Kind of like Judas selling out Jesus, but I doubt she regrets her decision.