Flake is No Flake: GOP’s Only Voice of Reason Wants To End Political Polarization 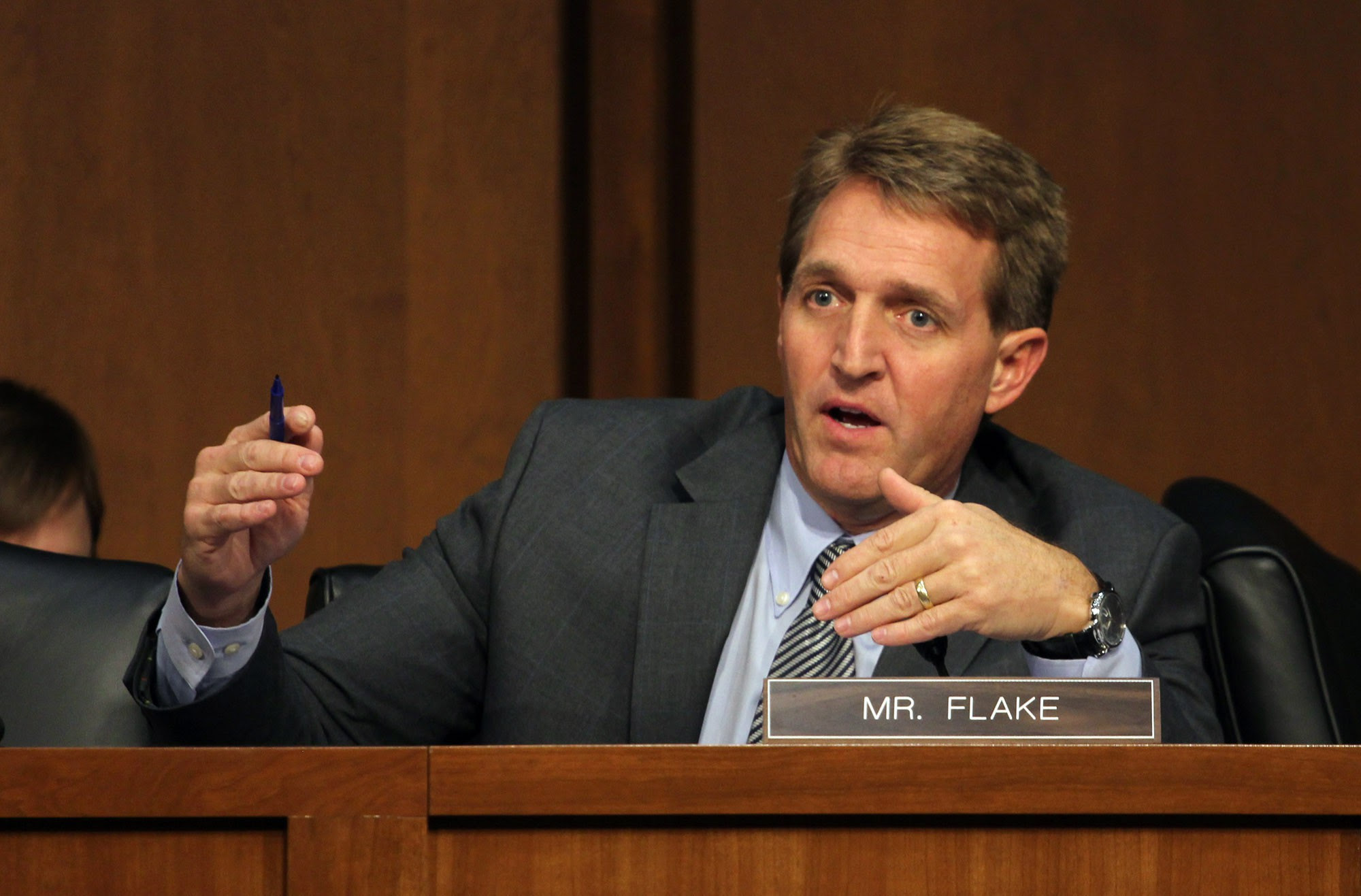 He’s more of a throw-back conservative in the Barry Goldwater tradition. He really understands how to look at the big picture in politics.

* In 2013, he joined the bipartisan Gang of Eight to craft a comprehensive reform bill that included a pathway to citizenship for illegal immigrants. Earlier this August, he was the only Republican accompanying Secretary of State John Kerry to Cuba to preside over the reopening of the U.S. embassy after a 54-year diplomatic freeze.

* Flake vowed to consider the Iran deal with an open mind, and for more than a month, even as every other Senate Republican came out against it and anti-Flake attack ads began airing on Arizona TV, that’s exactly what he did.

Eventually, on Aug. 15, Flake announced that he could not, in the end, bring himself to support Obama’s Iran pact. But at least he really studied the situation and didn’t follow the rest of the sheep who jumped the moment Obama’s name was mentioned.

WHY FLAKE IS GETTING THE “DEAD EYE” FROM OTHER CONSERVATIVES

Simply put, Flake doesn’t think that “scraping back the veneer” and “uncovering a lot of pent-up rage” is an effective approach to governance.

He doesn’t consider it particularly conservative to overturn the 14th Amendment, or send drones to the Mexican border, or promise enormous levels of growth with no supporting evidence whatsoever.

But the thing that really rings the bell for reason is Flake’s recognition that running the United States is ultimately about working within the system, persuading the skeptics, and accepting difficult compromises.

Flake developed a reputation as a honest broker who was willing to go against the GOP grain on issues as diverse as Cuba, immigration and gay rights. (Flake has voted to ban discrimination on the basis of sexual orientation and to repeal “don’t ask, don’t tell.”)

I have just one question; why doesn’t Flake run for president? He’d beat out all the sorry GOP candidates who are making a circus out of the primaries.