A look at comedic duos in film and politics

When it comes to comedic duos in films my favorite pair is Abbot and Costello.

Up until now, I didn’t have a favorite comedy duo in politics. That’s changed however, since Donald Trump and Ted Cruz hooked up.

Ted recently invited The Donald to join him at a rally highlighting opposition to the Iran nuclear deal. It just may be the start of a comedy act that’ll make political history.

Like Jerry Lewis and Dean Martin, they’ll perform slapstick sketches and deliver jokes. Their punch lines will be thinly disguised as policy issues on the campaign trail. 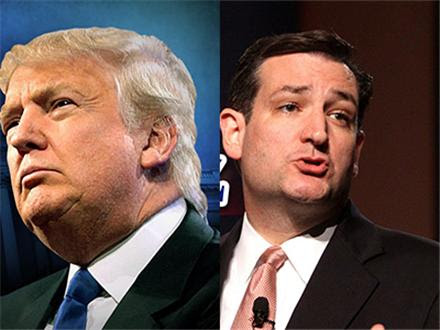 It’s obvious that Cruz will play the straight guy and Trump will be the joker. History has shown that Trump has some real laughable ideas.

For example, building a massive wall on the US Mexican border to keep immigrants out and making Mexico pay a couple of billion for it!

Yeah right! What a kidder.

Americans are fed up with the status quo in Washington. These are dangerous times when anything could happen.

Electing a comedy duo, like Trump and Cruz, would certainly be good for a barrel of laughs.

And, no doubt, we’ll become the laughingstock of the world – if we’re not already!