It’s taken two years of investigations, but authorities have finally come to a decision about 5-Hour Energy drinks – they’re a rip-off!

Oregon, Washington and Vermont have sued the makers of 5-Hour Energy, Living Essentials of Farmington Hills, Michigan, over claims, such as "hours of energy, no crash later" promoted in commercials.

Other states are expected to file suits in the coming weeks.

EXERCISING HIS RIGHT TO BEAR ARMS?

Ryan Shucard, who has been a press secretary for Marino since May 2014, was arrested and charged with a felony count of Carrying a Pistol Without a License when he entered the south east door of the Cannon building at around 9:15am and it was discovered he was carrying a Smith and Wesson 9mm handgun and magazine.

A Romanian princess and her husband pleaded guilty on Wednesday to one charge of running an illegal gambling operation for their involvement in a cockfighting ring in rural Oregon. 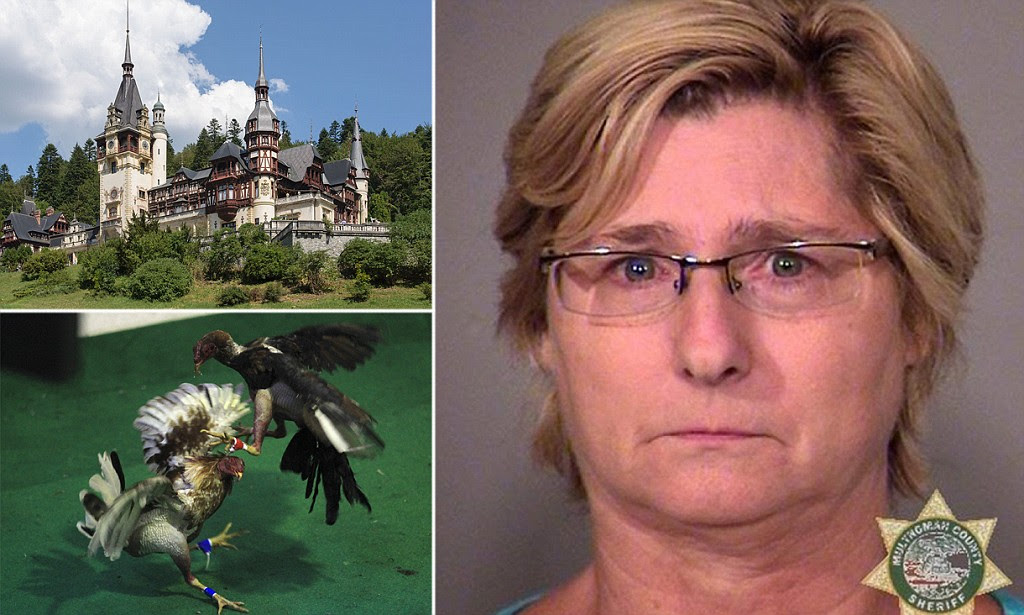 her husband John Walker, 68, appeared in federal court in Portland in connection with cockfights they held in Irrigon, Oregon, in 2012 and 2013.

They had originally denied any wrongdoing, but Assistant U.S. Attorney Stephen Peifer said that, under the agreement to change their plea, the couple will sell their ranch and forfeit $200,000 to the government in lieu of incarceration.

Cockfighting is illegal under federal law, and under the laws of every state.