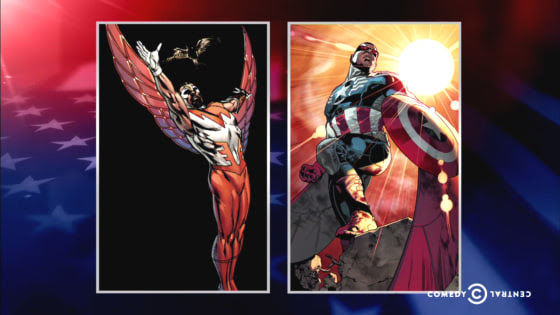 The universe is being recreated.

The Marvel Universe that is.

I’ve been immersed in Marvel lore since I started reading comics in 1962.

I got to witness the birth of Spiderman, the Fantastic Four, The Hulk, The Avengers, The Fantastic Four, Dr. Strange, The Invincible Ironman, The Mighty Thor, The Sub-Mariner, The X-Men, Giant Man, and The Wasp.

Those were heady times.

Later on, I followed Marvel’s NAM Comics that ran from Dece 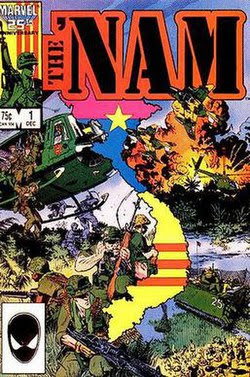 The 'Nam was a war comic book series detailing the U.S. War in Vietnam from the perspective of active-duty soldiers involved in the conflict.

The comic is structured as the narrative of a fictional soldier, Private First Class Edward Marks (but sometimes following other characters), as he experiences real events that occurred during the conflict

It was written by Doug Murray, initially illustrated by Michael Golden, edited by Larry Hama and published by Marvel Comics for seven years beginning in 1986, which was originally intended to roughly parallel the analogous events of the period of major American military involvement in Vietnam from 1966 to 1972.

The latest news comes from Marvel's chief creative officer, Joe Quesada, when he revealed on "The Colbert Report" that there will be a NEW Captain America.

He is Cap's friend Sam Wilson, aka The Falcon. (See illustration at the top left corner of the page)

The Captain America announcement comes the same week as other big changes for major Marvel characters.

Tuesday on "The View," it was revealed that Cap's fellow Avenger Thor is now a Goddess of Thunder.

Gee…does that mean Thor has always been a woman and was in drag? What a surprise!

Seriously, taking one of the gods from Norse legends and feminizing him?

I think that’s going too far just to be politically correct. What’s wrong with the current goddesses in cultures around the world? There’s a lot who never got their due. One of them would be a better candidate for a new female superhero.

Marvel has been doing a lot to pump up its female superheroes in the comics, recently re-introducing excellent standalone titles for Captain Marvel (aka Carol Danvers) and Ms. Marvel (Kamala Khan, also its first Muslim hero).

Marvel also announced that their colleague Iron Man is getting sleek new silver armor (instead of the gold and red that Robert Downey Jr. has sported in a successful film series) and is moving to San Francisco.

The Marvel Universe continues to turn. Characters die (or go into oblivion) and new ones replace them. In that way, Marvel comics continue to evolve with the real world... reflecting our values.