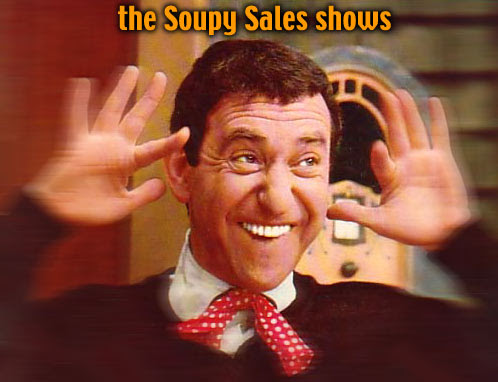 Do you remember Soupy Sales?

I grew up with him and always watched his shows. I stayed a fan of his right up until the end.

He was a fascinating man with many talents. Few people probably know that he held a Masters Degree in Journalism.

He was best known for his local and network children's television show, Lunch with Soupy Sales; a series of comedy sketches frequently ending with Sales receiving a pie in the face, which became his trademark.

Sales got his nickname from his family. His older brothers had been nicknamed "Hambone" and "Chicken Bone." Milton was dubbed "Soup Bone," which was later shortened to "Soupy". When he became a disc jockey, he began using the stage name Soupy Hines. After he became established, it was decided that "Hines" was too close to the Heinz soup company, so he chose Sales, in part after vaudeville comedian Chic Sale.

He enlisted in the United States Navy and served on the USS Randall (APA-224) in the South Pacific during the latter part of World War II. He sometimes entertained his shipmates by telling jokes and playing crazy characters over the ship's public address system.

One of the characters he created was "White Fang", a large dog that played outrageous practical jokes on the seamen. The sounds for "White Fang" came from a recording of The Hound of the Baskervilles.

Sales enrolled in Marshall College in Huntington, where he earned a Master's Degree in Journalism.

He’s best known for his daily children's television show, Lunch With Soupy. The show was originally called 12 O'Clock Comics, and was later known as The Soupy Sales Show. Improvised and slapstick in nature, Lunch with Soupy Sales was a rapid-fire stream of comedy sketches, gags, and puns, almost all of which resulted in Sales receiving a pie in the face, which became his trademark.

Sales developed pie-throwing into an art form: straight to the face, on top of the head, a pie to both ears from behind, moving into a stationary pie, and countless other variations. He claimed that he and his visitors had been hit by more than 20,000 pies during his career. 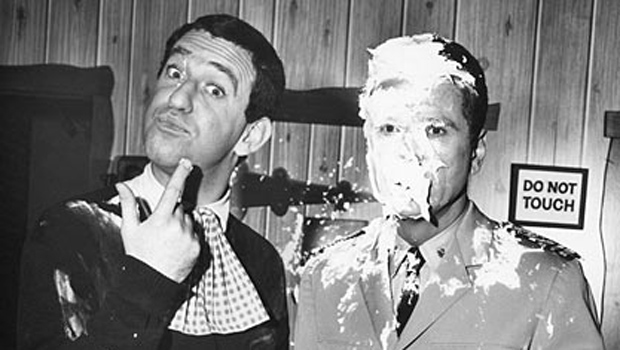 He recounted a time when a young fan mistakenly threw a frozen pie at his neck and he "dropped like a pile of bricks."

Lunch With Soupy began in 1953 from the studios of WXYZ-TV, Channel 7. Beginning in October 1959, Sales's lunch show was broadcast nationally on the ABC television network.

During the same period that Lunch With Soupy aired in Detroit, Sales also hosted a nighttime show, Soup's On, to compete with 11 O'Clock News programs.

The guest star was always a musician, and frequently a jazz performer, at a time when jazz was popular in Detroit and the city was home to twenty-four jazz clubs. Sales believed that his show helped sustain jazz in Detroit, as artists would regularly sell out their nightclub shows after appearing on Soup's On. 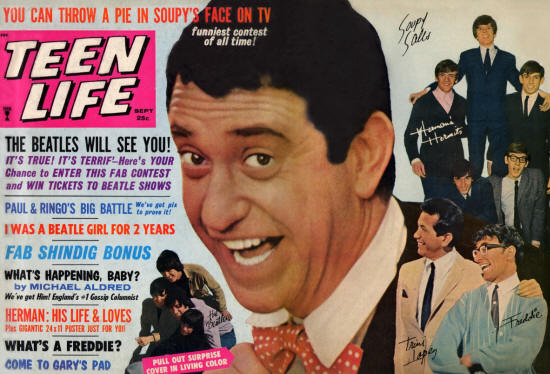 THE PUPPETS NAMES WERE: 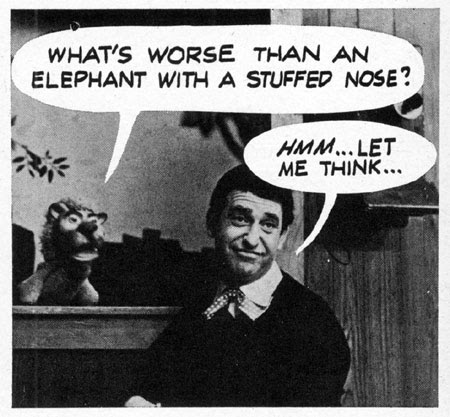 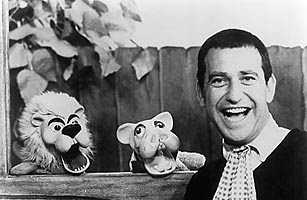 On January 1, 1965, miffed at having to work on the holiday, Sales ended his live broadcast by encouraging his young viewers to tiptoe into their still-sleeping parents' bedrooms and remove those "funny green pieces of paper with pictures of U.S. Presidents" from their pants and pocketbooks.

"Put them in an envelope and mail them to me", Soupy instructed the children. "And I'll send you a postcard from Puerto Rico!"

He was then hit with a pie. Several days later, a chagrined Soupy announced that money (mostly Monopoly money was unexpectedly being received in the mail. He explained that he had been joking and announced that the contributions would be donated to charity.

sion increased his popularity. Sales described the incident in his 2001 autobiography Soupy Sez! My Life and Zany Times

From 1968 to 1975, he was a regular panelist on the syndicated revival of What's My Line? and appeared on several other TV game shows. During the 1980s Sales hosted his own show on WNBC-AM in New York City.