Evaluating Earthquakes: Lots of Places are Waiting for the ‘Big One’ 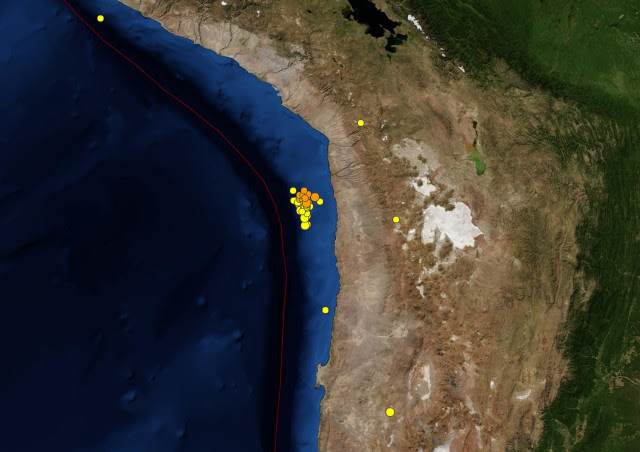 I was raised in Southern California and the most popular topic there growing up was, “When the Big One hits.”

I grew up waiting for a catastrophic earthquake that never came. Sure, there were a couple of bad earthquakes, but nothing like what geologists expect to happen along the San Andreas Fault some day. Any day.

I moved to Medford, Oregon, last September only to find that I was once again in range of where a “Big One” could happen. Sitting on a major fault line, Medford, Oregon, is "like an eight-and-a-half-month pregnancy, due any time now" for a major earthquake, according to a geologist with the Oregon Office of Emergency Management the same month I relocated.

Most recently, it’s been Chile’s northern coast that has been hit by more than 300 earthquakes in the past week. Seismologists warned Tuesday they could be the precursor to a long-overdue disaster. In other words, “A Big One.”

Experts analyzing this flood of data are worried the increased seismic activity could be a sign the region is about to experience its first devastating quake in 137 years. The last event, a magnitude-8.5 quake in 1877, killed thousands of people and created a deadly tsunami that reached Hawaii and Japan.

I guess there’s just no way around it. The earth is rocking and rolling all the time. Despite experts and advanced technology, no one knows when the “Big One,” will arrive – regardless of where they live.

You can take some precautions and have an emergency plan and supplies ready if that horrible day does arrive. But that’s all you can do. That, and pray you’ll live through it!

Time for me to walk on down the road…carefully