On Tuesday, March 25, the Supreme Court of the United States will hear oral arguments from Hobby Lobby, a nationwide chain of craft stores, whose CEO objects - on religious grounds - to funding certain types of contraception under the Affordable Care Act.

If the Supreme Court makes good on 2012 presidential candidate Mitt Romney’s statement that “corporations are people too,” investing them with “freedom of religion,” there will be no end to such claims in the courts.

It’s hard to believe it’s come to this. Here we are in the 21st century and people are claiming corporations are like humans! With human feelings and beliefs. What’s next?

If all this reminds you of the anti-anti-discrimination bill recently vetoed by the governor of Arizona and other such “license to discriminate” bills popping up all over the country, you are paying attention. 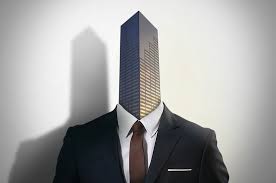 ount on chaos. The following quote makes a lot of sense.

“The separation of church (synagogue, mosque, etc.) and state is a foundational pillar of American democracy. But while granting freedom of belief and religious practice, the Bill of Rights does not promise the right to practice one’s religion at the expense of the rights of others.

Do the religious beliefs of Hobby Lobby’s CEO really trump an employee’s right to access the reproductive healthcare choices provided under the Affordable Care Act? Are we really ready to give corporations the right to control the lives of their employees, all in the name of a corporation’s “religion?”

- The Right Reverend V. Gene Robinson is the IX Episcopal Bishop of New Hampshire and a Senior Fellow at the Center for American Progress, Washington, DC.