The Rest of the Story: Meet the ‘Black Pimpernel’ aka Nelson Mandela 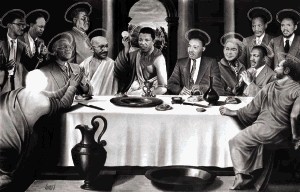 The man, Nelson Mandela, suddenly became a candidate for sainthood when he died recently. Just like that. What, I wondered would make so many people ready to declare him the right hand of God?

After some research, one thing became abundantly clear; world leaders wanted to shore up good relations with mineral rich South Africa and if it meant canonizing a man once called a terrorist, then so be it.

America’s hypocrisy is obvious; Mandela was prominent on our international terrorist list up until 2008 when President Obama had his name removed from it.

Like most Americans, I thought he was a man of peace, which he was in later life, but was completely unaware of his violent past. Somehow, during the week-long celebration of his death, that chapter of his history disappeared like smoke. 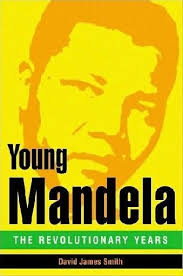 Let me tell you a little bit about the “Black Pimpernel,” aka Nelson Mandala:

Mandela, far from remaining a passive, non-violent activist, became the first commander in chief of the African National Congress' military wing, called the “Umkhonto we Sizwe,” or “Spear of the Nation,” (and better known as “MK” - the South African version of the IRA).

Inspired more by the writings of Mao Zedong and Che Guevara than Gandhi, Mandela built up from scratch a small insurgent force, trained in blowing up easy targets, like electricity transmission towers and rail lines. His recruits learned to make primitive bombs from ingredients normally found on South African farms.

By 1962, Mandela was already an underground “terrorist,” wanted by the police and living an outlaw existence who the media had dubbed the “Black Pimpernel” — a twist on the fictional “Scarlet Pimpernel” who struck at will and, Zoro-like, always avoided capture.

That year, according to multiple historical accounts, he made a secret, six-month-long trip to a dozen African states, seeking political support and money from other African revolutionary armies. He returned to South Africa with about $30,000 in funds and a revived enthusiasm for guerrilla warfare.

He even underwent his own military training, having spent weeks on the firing range and perfecting his explosives skills in Moroccan and Ethiopian military camps. The night before his arrest on charges of treason and sabotage, Mandela was reportedly seen at a party in Durban proudly sporting khaki fatigues, with pistol at his side.

“Plan M” — Mandela’s plan for insurgent victory — left many good intentions in its wake. Over the next 30 years, the MK launched more than 3,000 attacks and killed at least 100 people, mostly civilians, according to subsequent reports from South Africa’s Truth and Reconciliation Commission.

And while Mandela himself spent most of those years in prison, he never gave up on the armed struggle, keeping in touch with successive MK commanders on tactics by secret messages passed through occasional prison visitors, including his (then) wife Winnie Mandela and lawyer George Bizos.

“Mandela was not Gandhi,” said Dooley, the South Africa historian. “Once he had committed himself to armed struggle, he did not waver until the onset of political negotiations in 1990.”

During that era, both the U.S. State and Defense departments dubbed Mandela’s political party, the African National Congress, a terrorist group, and Mandela’s name remained on the U.S. terrorism watch list till 2008.

The U.S. government described it as a “bureaucratic snafu” when it was finally removed 14 years after he was elected president and nine years after he had left power.