The actor Peter O'Toole, who found stardom in David Lean's masterpiece Lawrence of Arabia, has died at the age of 81.

The acclaimed leading man who overcame stomach cancer in the 1970s passed away on Saturday at the Wellington hospital in London following a long illness, Steve Kenis said.

O'Toole announced last year he was stopping acting saying: "I bid the profession a dry-eyed and profoundly grateful farewell." 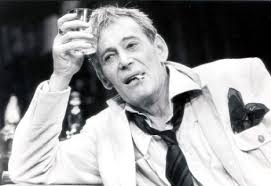 He said his career on stage and screen fulfilled him emotionally and financially, bringing him together "with fine people, good companions with whom I've shared the inevitable lot of all actors: flops and hits."

Early in his career O'Toole became emblematic of a new breed of hard-drinking Hollywood hellraiser.