You want dysfunctional! How about shutting down a government while waging war! 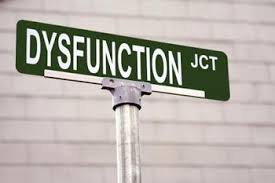 After 30 years of following politics while serving as a newspaper editor and political columnist, I never thought this country would become this dysfunctional.

Somehow I didn’t see Congress totally caving in to partisan inertia after the Republicans lost the last two elections. All the GOP can think about is revenge.

After Barack Obama became the first African-American to become our president in 2008, a monumental shift in society sheared through the very fabric of our governing process. The drastic change in politics that we currently are experiencing, came about for several reasons.

Top among those reasons for our current crisis is the fact this country wasn’t really ready for a black president. The moment he was elected gun sales shot up, hate groups increased, and the Republicans promised not to work with him…ever…and going so far as to sign pledges to the effect.

Conservative billionaires poured millions of dollars into Super PACs and created non-profit think tanks to oppose everything Obama tries to do. The most obvious example has been the opposition to Obamacare which was used as an excuse not to balance our budget and shut down our government.

Despite Obama’s popular mandate when he was re-elected in 2012, the Republicans decided it wasn’t good for people (because Obama proposed it and they all agreed to obstruct his presidency). They used lies to try and stop it from becoming law, and ignored the Supreme Court’s ruling that it was a constitutional law.

All of which leads us to the current hostage situation in the House of Representatives. Each day more Americans are feeling the negative effects of this scorched earth policy led by the extreme wing of Republicans who call themselves tea partiers.

Never, in our 225 year history as a country, have we fought a war and shut down our government in the midst of it.

I doubt if there’s been a country in history that decided not to pay it’s bills and shut down services to all of it’s citizens over politics while waging war and passing out IOU’s to it’s military. I’m open to any example, if there is one.

Think about this for a moment: we’re in a war with Afghanistan and our government services are shut down over ideology.

If you really want a kicker to this sad state of affairs take Syria. Yes, that nasty Assad regime has been waging war for several years with it’s own people…but there hasn’t been a government shutdown of services there!

That’s about as low as you can go, and we all should be ashamed of ourselves for allowing this to happen. By gerrymandering, an extreme minority has subverted our system of government with the help of dissatisfied extremist billionaires (the Koch brothers come to mind) and funding groups like the Tea Party which tries to pass itself off as a grassroots organization, but with a national network and a group of congressman and billionaires, in their pocket. 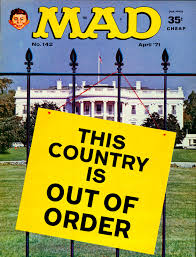 When this stupid shutdown ends, and it will one way or the other, we better make sure this doesn’t happen again. If House Speaker Boehner had any balls (and wasn’t so concerned about staying the Speaker of the House to cater to his thirst for power) this farce could end today.

He just has to bring a clean bill to the floor and let the majority decide. So far, he’s too afraid of the Tea Party group and continues to advance their philosophy of no government.

With an economy that is slowly recovering from the immense debt the Republican’s created with their wars, we can’t afford to take steps backward. Shutting the government down should never be an option again.

Right now we have to wait and watch this partisan assault on democracy and hope the loonies finally smell the roses long enough to join us all in the real world and stop this stupidity now!

As It Stands, the greatest challenge ever faced by the American people is upon us. Can we meet the challenge?