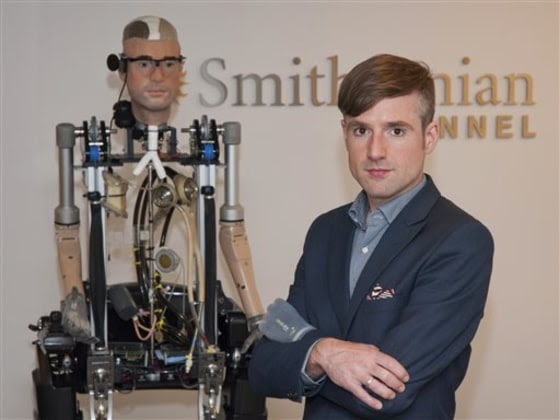 “Gentlemen, we can rebuild him, after all. We have the technology.”

The term "bionic man" was the stuff of science fiction in the 1970s, when a popular TV show called "The Six Million Dollar Man" chronicled the adventures of Steve Austin, a former astronaut whose body was rebuilt using artificial parts after he nearly died.

Now, a team of engineers have assembled a robot using artificial organs, limbs and other body parts that comes tantalizingly close to a true "bionic man." For real, this time. Read story here