Slurp…slurp…oh how good that Kool aid tastes in Kansas, as extremist, Secretary of State, Kris Kobach lays the ground work for a two-tier voting system.

That’s correct. A two-tier voting system in an American state. No, this is not some horrible rumor or someone’s idea of an early Halloween surprise for voters in Kansas. This is just another example of how far Republicans will go to rig elections. They’re attempts get more brazen every year.

Straight from the Wichita Eagle:

With court action over the state’s proof-of-citizenship voting law looming, Secretary of State Kris Kobach is laying groundwork for a system that would allow some voters to vote in all elections while others could only vote for Congress and presidential tickets.

Rep. Jim Ward, D-Wichita, an opponent of the proof-of-citizenship law, said he received confirmation from the Department of Legislative Research this week that Kobach is moving forward with the plan to limit voters who follow federal registration rules to voting only in federal elections.

Separately, a memo to all the state’s county election officials outlines procedures for identifying and tracking voters who use the federal form and creating a separate category for them in voting databases. 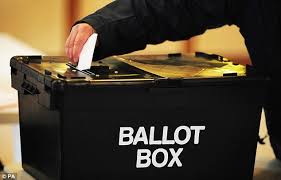 “Many counties probably have had very few federal forms submitted over the years,” said the memo from state Election Director Brad Bryant, dated July 31. “Regardless of the number, beginning now you must track which voter registration applicants in your county have applied using the federal form since January 1, 2013.

“This means you should take note when a federal form comes to your office and keep a list of the names of individuals who submit them … Whichever form a person uses, if an applicant does not submit a U.S. citizenship document, you must follow up and request one.”

Voters who fill out the state form and don’t submit the citizenship proof have their voting privileges suspended until they do. At present about 17,500 voters are “in suspense.” 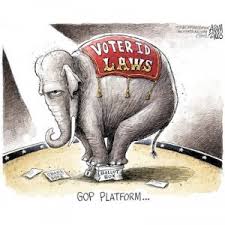 Kobach, Bryant’s boss, confirmed he’s planning for elections with different ballots for different voters, depending on whether they register under federal or state rules. He said it’s “merely a contingency plan” in case he loses a lawsuit seeking to make federal officials adopt Kansas rules for voters in Kansas.

The plan creates three classes of registered voters, according to the Legislative Research report provided to Ward on Thursday:

• Voters using either the federal or Kansas form and providing state-required documents proving their citizenship would be able to vote in all federal, state and local elections.

• Voters who use the federal form but don’t provide citizenship documents will be allowed to vote only for candidates running for president, vice president and Congress.

• Registrants who file a Kansas form but don’t provide citizenship documents will be put in suspension and won’t be allowed to vote in any election.