With Halloween lurking around the corner like Freddy Krueger, the scariest thing happening is the government shutdown.

The economy may be teetering on the brink of disaster, but there’s one industry that’s not only surviving, it’s thriving:

Over the decades, I’ve watched the haunted house craze go mainstream with amusement. I remember when I was a kid in the late 50s and early 60s, some houses would have more Halloween decorations than others and the hosts sometimes dressed up in scary costumes.

One Halloween, my brother, sisters and I, were trick-or-treating and came to a house with an open garage door. Cobwebs were hanging down between strips of black material and an eerie light shimmered from the concrete floor. 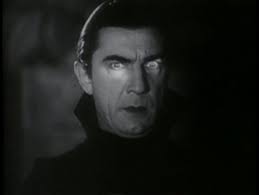 When I rang the front door bell the occupant of the house burst out from the garage dressed like a Vampire!  That scared the crap out of all of us!

Those Halloween memories of mine were the foundation for the current Haunted Houses. Who knew an industry would result? It was a more innocent time when kids imagined old unoccupied houses were automatically haunted – but seldom dared to approach and investigate.

Remember what Halloween was like in the 70’s and 80s? The nation’s first commercial Haunted House was called “The Edge of Hell.” The Bequeaith family opened it up for business in Kansas, City, MO., in 1975.

Meanwhile, other (non-profit) Haunted Houses were springing up like toadstools across the country. Colleges sponsored haunted houses as fundraisers for students.

Fireman got in the act and sponsored their own Haunted Houses to raise funds for their daily operations.

Haunted Houses really hit the big time when Knott’s Berry Farm offered it’s visitors a higher tech experience…resulting in a lot of people pissing their pants and coming back for more! Nothing like getting the adrenaline (and urine) running! 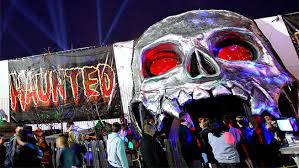 So, here we are in the 21st century and Haunted Houses are now a mega industry. Check out the following story:

tumes has morphed into a season long commercial juggernaut that has growing numbers of adults forking over cash to get scared out of their wits.

Haunted houses, once a homespun hobby for dedicated horror fans that netted maybe a few million dollars a year in sales, has mushroomed into a $300 million industry.

Today, there are around 2,500 haunted attractions worldwide, most in the United States, said Patrick Konopelski, president and owner of Shocktoberfest in Sinking Spring, Pa., and president of the Haunted Attraction Association.

"It's a legitimate industry now," he said. "Now we're a season."

Indeed, Americans plan to spend nearly $7 billion on Halloween this fall. And about 20 percent of the 158 million consumers who plan to celebrate Halloween say they will visit haunted attractions this year, according to the National Retail Federation's annual Halloween survey.

Thanks for the share. I definitely feel that the next step in entertainment are what I call "entertainment experiences" where the individual actually goes to the entertainment to experience it first hand. Off the top of my head I know of at leastfive Haunted Houses in NJ that are seeing great business due to this new consumer trend.