Drone on! Do you have a driver’s license for that thing?

Growing up in the late 50s and early 60s, I use to enjoy watching airplane hobbyists display their mastery of model airplanes.

They’d usually go to parks or schools on the weekends and you’d hear the whine of their engines from a mile away. Some of the planes were quite large, but most where just around 24 inches or so.

I can’t remember ever seeing someone lose control of his aircraft. If it happened, I never saw it. Which leads me to today’s subject: drones. Hobbyist drone pilots are becoming common. Which is okay up to a point.

Compare the safe and reliable model airplanes of my day with these new notoriously temperamental and accident-prone drones and you have to wonder why their even sold without a hand full of warnings and a drivers license! These drones are no joke.

You may have seen YouTube videos of camera-carrying quadcopters and hexacopters getting tangled up in trees and falling to the ground. It happens. The drones can also be deadly as one 19-year-old hobbyist pilot found out. He was killed when his remotely operated helicopter hit him on the head during a flight in a park in Brooklyn.

Before company-operated drones are integrated into U.S. airspace in 2015, as the Federal Aviation Administration's Modernization and Reform Act of 2012 mandates, safety regulation is one of hurdles the FAA will need to clear.

A panel of experts at a recent Drones and Aerial Robotics Conference (DARC) conference agreed that before drones become a daily sighting, technology and humans both need to start behaving just a little bit better. 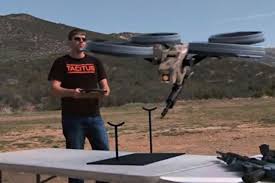 Small drones like quadcopters can be bought online, and adding warnings to the bots could be an easy first step. Right now there are no warnings. Heck, even McDonald’s warns you their coffee is extremely hot.

One way to assure a minimum level of competence could be pre-use certification, a "driver license" of sorts for pilots who fly the birds. Why not? Operators of small military drones like Ravens are trained before they can use them.

By classifying the crafts by weight regulators, they could come up with an effective safety strategy, according to several DARC panelists.

Small drones range from a few grams in weight to several pounds. Just as d 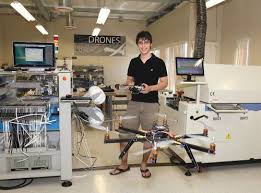 river licenses are distinguished by vehicle class — trucks or or limos or motorbikes or cars — it makes sense to separate the qualifications for drone users, too.

The safety risk they pose differs depending on their size, according to Mike Winn founder of DroneDeploy.

Others DARC panelists are less sure that humans, even trained ones, can be trusted at all. Drones would need to come with software-based "training wheels," or "safety bumpers," to protect amateurs and reckless pilots from harming themselves and others, Missy Cummings, who studies drones and autonomous systems at MIT told the panel. (information via NBC News Technology)