Current shutdown crisis ends – when can we expect the next one? 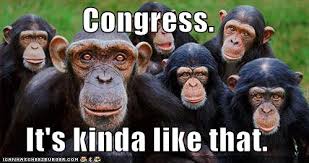 Like millions of other Americans, I’m relieved they decided to act like adults in Congress and end the government shutdown last night.

Like millions of Americans, I’m pissed off at the 113th Congress and President O 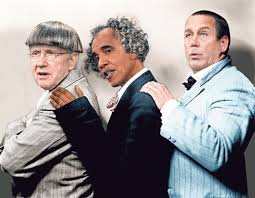 bama! I didn’t think our government system could get any worse…what a rude shock!

Unless I missed it, I didn’t hear a single apology from members of Congress, especially from the side that precipitated the shutdown. The president apologized once last week for all this. And he’s likely to talk about the workers and contractors who were caught in the middle of this later today when he speaks at 10:35 am ET.

The thing that worries me now is when it comes time to re-negotiate our debt ceiling in February, the Conservatives in the House will monkey around again and try to derail our government.

I doubt if the extremist Tea Party chimps in the House learned their lesson. It was a stupid and harmful crusade which was never going to go anywhere. Shutting the government down is officially part of their playbook in the House now.

As the dust settles, economists are adding up the collateral damage. The results aren’t pretty:

A lot depends on whether the three-month extension produces a resolution to the underlying political standoff. If no agreement is reached the next time the debt ceiling approaches, confidence will fall further.

Obama: If you want change win the next election!