The Case for Treating PTSD in Veterans With Medical Marijuana 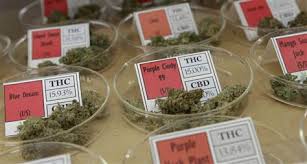 Researchers are one bureaucratic hurdle away from gaining approval for the first clinical examination on the benefits of marijuana for veterans suffering from post-traumatic stress disorder(PTSD).

The Multidisciplinary Association for Psychedelic Studies (MAPS), working under the auspices of the University of Arizona College of Medicine, are preparing a three-month study of combat veterans who served in Iraq and Afghanistan. The plan is on hold until the National Institute on Drug Abuse and Public Health Service (part of the Department of Health and Human Services) agrees to sell researchers the marijuana needed for research -- or until the marijuana can be legally imported. Social and political intrigue surrounding this research is far reaching, attracting opposing factions who must cede biases for the greater good and well-being of servicemen and servicewomen. 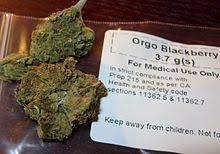 The University-controlled study Sisley advocates calls for a triple-blind and placebo-controlled environment. A meticulously prepared proposal recommends a sample base of 50 veterans, whosePTSD symptoms have not improved under current standard medical practices. All participants must agree to abstain from marijuana use for 30 days prior to participation. In two ensuing 60-day periods, the veterans are asked to either smoke or vaporize a maximum of 1.8 grams of marijuana a day (the equivalent of two marijuana cigarettes). The test group will be furnished a weekly supply of various strains of marijuana, with THC levels ranging from 0 percent to 12 percent. Sisley's study objectives are twofold. "With this research, we can actually figure out which symptoms it might help with, and what an optimal dosing strategy might look like." She is also mindful of public opinion regarding medical marijuana. "If we get a chance to do this, we're not taking liberties. This is a carefully controlled, rigorous scientific study. We're not sitting around trying to get these vets high." 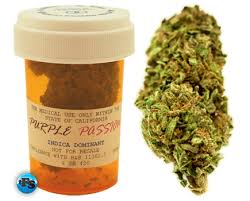 If anecdotal evidence were the standard, acceptance of marijuana's calming properties among psychologically scarred soldiers would be a topic relegated to the past. Statistical evidence to support that hypothesis could be petitioned from the state of New Mexico, where medical marijuana is legally prescribed for PTSD. The state's number one diagnosis for a medical marijuana license, a noteworthy 27 percent of the total, lists PTSD as the qualifying criteria for issuance. That statistic comes as no surprise to Sisley, but she stresses circumstantial evidence is not enough to sway the wide range of government agencies she deals with. "We really believe science should supersede politics," she said. "This illness needs to be treated in a multidisciplinary way. Drugs likeZoloft and Paxil have proven entirely inadequate."

In neighboring Colorado, the state's legislature failed to pass a proposal mirroring New Mexico's. It effectively forbade Colorado's large veteran population from citing PTSD on medical marijuana applications. Brian Vicente, of the Sensible Colorado organization, became an advocate for veterans after the legislative rejection. Vicente has watched the government fight itself over this issue. "The federal government is, in some ways, divided," Vicente said. "Agencies like theVeterans Administration have taken some fairly decent stances of medical marijuana." Quickly, he adds a qualifier: "But, then you have the DEA [Drug Enforcement Administration] and NIDA [the National Institute on Drug Abuse] and organizations like them blocking research that other parts of the government are authorizing. It's another example of the federal government being schizophrenic and flat-out wrong on marijuana as medicine." This is a frustrating scenario Sisley has encountered first-hand. "I can't help but think they simply don't want to move forward," she said. "Maybe they figure if they stall long enough, we'll give up and go away." 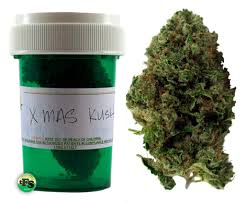 As arguments among American government agencies continue, other nations are taking the lead generating medical arguments that advance Sisley's theory. A study at Israel's University of Haifashowed that marijuana administered to rats within 24 hours of suffering psychological trauma effectively blocked the development of post-traumatic stress disorder. Dr. Irit Akirav's study even concludes there is a time-frame that has to be taken into consideration. "There is a critical window of time after trauma, during which synthetic marijuana can help prevent symptoms similar to PTSD in rats," Akirav stated at the time. "It does not erase the experience, but can help prevent the development of PTSD symptoms." In Germany, Switzerland, and Spain there are currently programs, some government funded, utilizing MDMA (from which the "ecstasy" drug is derived) as a possible inhibitor of PTSD symptoms.

A governmental lack of decisiveness has created unintended consequences and casualties in the medical field. One is Dr. Phil Leveque, a World War II veteran who had his medical license revoked based on the large number of medical marijuana permits he issued for PTSD in Oregon. Leveque estimates he signed 1,000 permits for PTSD, and said he did so with a clear conscience. "Whether they were World War II, Korea, Vietnam or vets from the current conflicts, 100 percent of my patients said it was better than any drug they were prescribed for PTSD," he said. Sixteen states and the District of Columbia currently have laws permitting marijuana for medical use. However, Veterans Affairs physicians are expressly prohibited from recommending patients for enrollment in any state's medical marijuana program. This, again, highlights contradictions at different levels of government agencies. 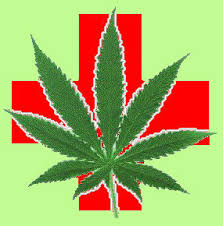 Veterans Affairs data disclosed that from 2002 to 2009 one million troops left active duty in Iraq or Afghanistan and became eligible for VA care. That's a number that will rise annually, revealing a need for effective treatment of PTSD that cannot be overstated. PTSD remains an enormous consideration with combat troops still serving in Afghanistan, where an estimated six to 11 percent are currently suffering symptoms of PTSD. Statistics among Iraq War veterans are more disturbing, with between 12 to 20 percent of returning vets suffering PTSD-related anxieties. Those are government statistics, and some non-governmental studies suggest that as many as one in every five military personnel returning from Iraq and Afghanistan could suffer various forms of PTSD. Veteran Affairs recognizes these facts, and to its credit funds unconventional studies of PTSD, employing therapy dogs and yoga.

Sisley has found an ally in Rick Doblin, executive director of the leading psychedelic studies group. Doblin has the unenviable job of lobbying Congress under the umbrella of the non-profit MAPS. The pair share a common frustration dealing with the multitude of government agencies, some of whose interests are diametrically opposed. Doblin addresses apprehensions from the administrative standpoint: "We're asking for marijuana from an agency [National Institute on Drug Abuse] designed to prevent people from using marijuana. There's something fundamental that just doesn't work here," he said. Sisley's concerns revolve around medical studies in the field, which often fail to gain approval because of political motives instead of science. "The doctors I know think this war on marijuana is awful, and they're tired of being in the middle of it," she said. "They just want to do real research, or read real research, and not operate around all of these agendas." 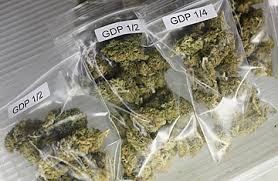 Veterans endure a framework of care for PTSD that has not changed since 1980, when PTSD was added to American Psychiatric Association's dictionary of maladies. Federal agencies are clearly confused, unable to reconcile the illegality of marijuana with the benefits it could have on the lives of soldiers and their extended families. These issues are not being addressed in an open forum; instead, they remain hidden behind committee doors or special panels of anonymous voices with unknown prejudices. Medical marijuana remains one of the nation's biggest political hot potatoes, and when combined with our veterans' health creates a unique conundrum for politicians. Disturbingly, the people caught in this crossfire of self-interest are veterans who risked their lives for the system that may be stifling their medical options now. (Source)

Posted by ImBlogCrazy at 8:32 PM

I'm hopeful the researchers are able to conduct the study. The federal agencies protesting have the most to loss.