From the Marijuana Files: Why Are We Testing Newborns for Pot?

It seems I don’t have to look far nowadays to find a story dealing with marijuana. Some are strange. Some are ridiculous. Some are funny. Some are shocking. Some leave you shaking your head in dull wonder. I’ll leave it to you to decide which the following story about marijuana is:

“The science is alarmingly inconclusive, but the punishment for mothers is severe. Employees at US hospitals are testing more and more newborns for cannabis exposure. And, with alarming frequency, they are getting the wrong results. So say a pair of recent studies documenting the unreliability of infant drug testing.

In the most recent trial, published in the September edition of the Journal of Clinical Chemistry , investigators at the University of Utah School of Medicine evaluated the rate of unconfirmed "positive" immunoassay test results in infant and non-infant urine samples over a 52-week period. 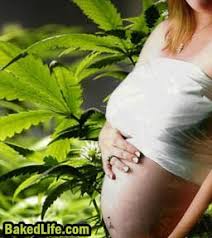 Shockingly, authors found that positive tests for carboxy THC, a byproduct of THC screened for in immunoassay urine tests, were 59 times less likely to be confirmed in infant urine specimens as compared to non-infant urine samples.       Overall, 47 percent of the infant positive immunoassay urine samples evaluated did not test for the presence of carboxy THC when confirmatory assay measures were later performed.

“No child-health expert would characterize recreational drug use during pregnancy as a good idea,” writes Time.com columnist Maia Szalavitz. “But it’s not at all clear that the benefits, if any, of newborn marijuana screening – particularly given how selectively the tests are administered – justify the potential harm it can cause to families.”
Richard Wexler, executive director of the National Coalition for Child Protection Reform agrees, telling Time.com that the emotional damage caused by removing an infant child from their mothers, as well as the risk of abuse inherent to foster care, far outweigh any risks to the child that may be caused by maternal marijuana use during pregnancy. 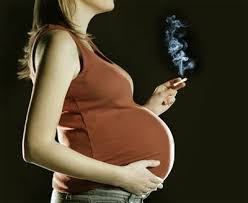 In fact, the potential health effects of maternal marijuana use on infant birth weight and early development have been subject to scientific scrutiny for several decades. One of the earliest and most often cited studies on the topic comes from Dr. Melanie Dreher and colleagues, who assessed neonatal outcomes in Jamaica, where it is customary for many women to ingest cannabis, often in tea, during pregnancy to combat symptoms of morning sickness.

Writing in the journal  Pediatrics in 1994, Dreher and colleagues reported no significant physical or psychological differences in newborns of heavy marijuana-using mothers at three days old, and found that exposed children performed better on a variety of physiological and autonomic tests than non-exposed children at 30 days. (This latter trend was suggested to have been a result of the socio-economic status of the mothers rather than a result of pre-natal pot exposure.) (Source)