AS IT STANDS: Afghanistan: Our Never - Ending War 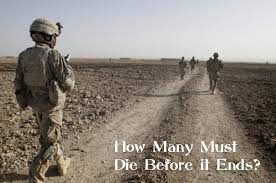 By Dave Stancliff/For The Times-Standard
Regardless of the sound bytes and vague promises you may have heard, there’s no end date for the war in Afghanistan. Another holiday season will go by as our troops fight a never-ending war overseas.
If you look at what President Obama said about our involvement in Afghanistan in June of 2011 you’ll see that he promised the “combat” mission would end at the close of 2014.
That’s not when he plans to end the war. Big difference. No one knows when, if at all, this war will ever end.
Obama said the US mission in Afghanistan would become a “support” mission. White House Press Secretary Jay Carney has since confirmed that President Obama never said US troops would be completely withdrawn by the end of 2014.
The question Americans should ask right now is “What is a support mission? How many troops will be involved, and how long will it last?” 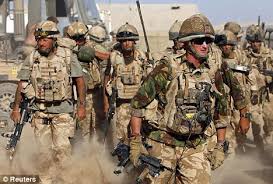 A "support" mission sounds so much more reassuring than a combat mission, but look what happened in Iraq with our “support troops.” The term was nothing more than a euphemism for extended combat troops.
If the Pentagon gets its way, 25,000 US troops may be left in Afghanistan from 2015 until at least 2024 and possibly longer.
Fact: the Strategic Partnership Agreement, struck between the United States and Afghanistan in June 2012, provides for a US military presence after 2014, although the magnitude of the presence was not specified.
On November 12, Defense Secretary Leon Panetta told reporters the Obama administration would come to a decision within the next few weeks about the magnitude of the post-2014 US military presence in Afghanistan. Panetta would not comment on the troop levels being considered.
If the Pentagon gets its way, the US will be at war in Afghanistan for at least 13 additional years - that's three more years than we've been at war to this point - which means we aren’t even at the half-way mark today, let alone nearing the end! 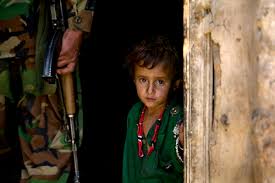 In September 2012, it was widely reported that Obama's "troop surge" in Afghanistan was over, leaving 68,000 troops in the country.

But when President Obama took office, there were roughly 34,000 US troops in Afghanistan. In two "surges," he added to this figure over 66,000 additional troops. By reducing the US troop presence by 33,000, his drawdown plan has removed only half the number of troops that he sent to Afghanistan, not all of them.
I was surprised to learn out our military command says there are less than 100 al Qaeda left in all of Afghanistan. If memory serves, our original mission was to get ride of al Qaeda. According to the latest Brookings Institute Afghanistan Index, they face a combined force (US and allies) of 694,108. To put it mildly, that’s a case of overkill.
One of the reasons this war is not winding down is the Taliban have made it quite clear that peace requires a willingness by the US to leave. Period. Our war hawks don’t want to leave and that’s why 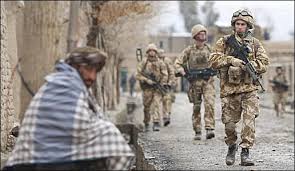 they’ve been negotiating with the current Afghanistan government to keep our troops there.

Here’s the thing, the majority of Americans want the war to end and they don’t want to leave troops behind forever. The demand for a complete withdrawal hasn’t been greater partly because many Americans are confused about President Obama’s plan for withdrawal. Polls have tended to equate the withdrawal of all “combat” troops with the withdrawal of all troops. The implied message: just a co 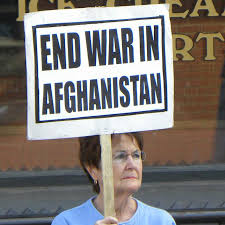 uple more years and the war will be over.
This confusion has worked in the favor of the Pentagon and its war hawks for over a decade. The truth about Afghanistan needs to be brought into the light. Knowledge is power, and it’s up to sane-thinking people to demand a real end to this war. Too many lives are at stake to allow such a vague future for our troops and their families.
Talk with your senators and representatives. Let them know how you feel. Challenge the media to present all the facts about this never-ending war. Go to social medias like FaceBook and Twitter and tell our politicians you’re tired of their lies and vague truths and you want the war to end sooner, rather than later.
As It Stands, the presidential candidates managed to avoid talking about ending the war. We can’t allow the winner to do the same thing, or to placate us with vague promises.