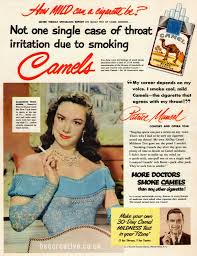 I can still remember how grouchy I was that first week of January 2000. I quit smoking cigarettes cold turkey after nearly 30 years of the bad habit. I was eating Altoids (curiously strong mints) by the handful. But as the days turned into months I saw the positive results…and was impressed.

I got my sense of smell and taste back (although it took nearly a year for my taste buds to fully recoup). I was taking deep breaths and not hacking like a chimney sweep. It felt good not hear my lungs rattle as I talked. Most of my clothes were so sodden with nicotine that I had to throw them out and start over.

Once I broke that terrible addiction, I looked into the lies the tobacco industry was telling the public with the refreshed eyes of a new found anti-tobacco zealot. It’s been a slow process getting the tobacco industry to this point but now it’s really time for them to eat crow:

A federal judge on Tuesday ordered tobacco companies to publish corrective statements that say they lied about the dangers of smoking and that disclose smoking's health effects, including the death on average of 1,200 people a day.

U.S. District Judge Gladys Kessler previously had said she wanted the industry to pay for corrective statements in various types of advertisements. But Tuesday's ruling is the first time she's laid out what the statements will say. 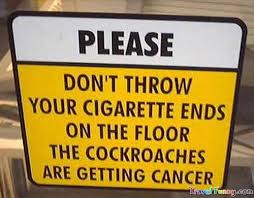 Each corrective ad is to be prefaced by a statement that a federal court has concluded that the defendant tobacco companies "deliberately deceived the American public about the ."

Among the required statements are that more people than murder, AIDS, suicide, drugs, car crashes and alcohol combined, and that "secondhand smoke kills over 3,000 Americans a year."

The corrective statements are part of a case the government brought in 1999 under the Racketeer Influenced and Corrupt Organizations. Kessler ruled in that case in 2006 that the nation's largest cigarette makers concealed the dangers of smoking for decades, and said she wanted the industry to pay for "corrective statements" in various types of ads, both broadcast and print. The Justice Department proposed corrective statements, which Kessler used as the basis for some of the ones she ordered Tuesday.

Tobacco companies had urged Kessler to reject the government's proposed industry-financed corrective statements; the companies called them "forced public confessions." They also said the statements were designed to "shame and humiliate" them. They had argued for statements that include the health effects and addictive qualities of smoking. 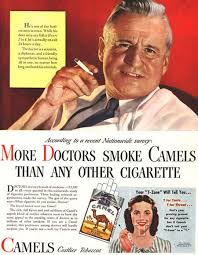 Kessler wrote that all of the corrective statements are based on specific findings of fact made by the court.

"This court made a number of explicit findings that the tobacco companies perpetuated fraud and deceived the public regarding the addictiveness of cigarettes and nicotine," she said.

A spokesman for Altria Group Inc., owner of the nation's biggest tobacco company, Philip Morris USA, said the company was studying the court's decision and did not provide any further comment. A spokesman for Reynolds American Inc., parent company of No. 2 cigarette maker, R.J. Reynolds Tobacco Co., said the company was reviewing the ruling and considering its next steps.

Among the statements within those categories: 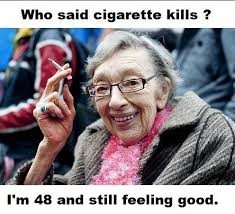 What about the American Indians who invented tobacco smoking long ago? Who will sue them. Who will free them from communism imposed by the Indian Reorganization
Act of 1934? What about when tobacco and fumigation were considered antidotes to tuberculosis?