Don’t Forget…’Fall back’: The science of daylight saving time 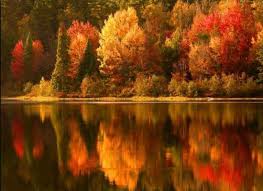 If colorful leaves and the occasional snowstorm weren't a sign that summer has slipped away, daylight saving time officially ends this Sunday.

At 2:00 a.m. that day, the clocks will "fall back" an hour, meaning brighter mornings but darker evenings for most Americans. (Hawaii and Arizona don't participate in this annual ritual.)

Daylight saving time was first suggested by Ben Franklin, who seemed to mean it as a joke. He wrote in 1784 that Parisians' night-owl ways could perhaps be cured by forcing them to live by the sun's light. (Franklin suggested that cannons at sunrise might do the trick.)

But no one put daylight saving into place until World War I, when Germany instituted the biannual time change to save fuel for the war effort. Britain soon did the same. In 1918, when the United States joined the war, daylight saving time soon followed. After the war ended, however, Congress got rid of the time change. Farmers hated it, because they had to do their jobs by the sun no matter the time on the clock. When Woodrow Wilson tried to defend daylight saving time, Congress actually went over his head, overriding his veto of their repeal. 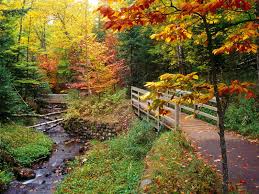 Getting everyone on the same page
So how is it that we're dutifully turning our clocks forward and back these days? World War II. Again, American officials instituted daylight saving time to save energy for the war. But post-World War II, the United States was less rural than post-World War I. This time around, people supported keeping daylight savings so they could enjoy the summer sun after working hours.

For a few years, the country fell into chaos. Some towns kept daylight savings, while others ditched it. According to David Prerau, author of " Seize the Daylight : The Curious and Contentious Story of Daylight Saving Time" (Thunder's Mouth Press, 2005), One 35-mile (56-kilometer) bus ride from Moundsville, W.Va., to Steubenville, Ohio, took riders through no less than seven different time changes.

So in 1966, Congress passed the Uniform Time Act, stipulating that while states were not required to implement daylight saving time, they had to chose — no more patchwork time zones. The federal government also took on the responsibility of choosing the "spring forward" and "fall back" days for changing clocks.

Today's daylight savings
At first, daylight saving took up much less of the year than it does today. But Congress expanded the length of the daylight saving period in the 1970s and 1980s, and finally lengthened it all the way from March to November in 2007.

Daylight saving time has its advantages, such as more post-work daylight in the summer. But the switch can be tough on the body clock. The hour shift can interfere with sleep, especially for night owls, according to a 2007 study in the journal BMC Biology. A 2008 study published in the journal BMC Physiology suggest that people who like to burn the midnight oil have the most trouble shifting forward in the spring, while early risers struggle to "fall back" in autumn. (source) by Stephanie Pappas - follow her on Twitter @sipappas or LiveScience @livescience.