AS IT STANDS: Why NRA members should vote to re-elect President Obama 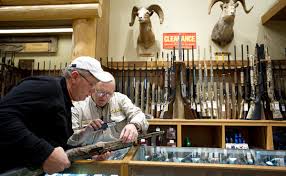 By Dave Stancliff/for the Times-Standard
Let’s look at a great American manufacturing and sales success story that has played out in the last four years.

Not just a little “Mom and Pop” feel-good propaganda piece either. No. Let’s look at a business that has shown unparalleled growth during the last four years.
The statistics alone will give you goose bumps:
For the first time since 1993, there has been growth in this industry. Retailers can’t keep up with the demand for this industry’s product. One of the biggest manufacturers in the country actuall 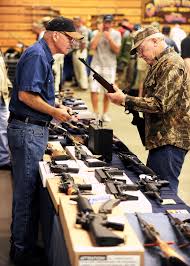 y had to quit taking orders for a while because of it’s massive backlog. It was the first time in that company’s history such a thing happened.
The demand and pace for the products of this industry has never been greater. The sheer volume of orders is staggering. For example, two manufacturers, that have 30 percent of the whole industry wrapped up, have been running production lines around the clock, hiring workers and operating at maximum capacity since 2008.
One manufacturer, unlike many others in the country during these last four years, has seen an 86 percent growth spurt in the last four years. And it’s only projected to get better, if you can imagine.
The manufacturer is pouring millions into research and development with big expectations for the future. For the industry it’s like a dream come true. At one point, prior to the last presidential election, stagnant sales were hindering growth.
That’s all changed. The future has never been brighter for the firearms industry. 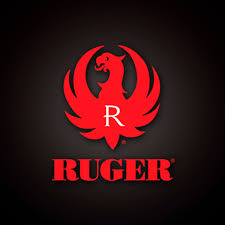 That’s right, companies like Sturm Ruger-Co., Inc. and Smith and Wesson are thriving and setting records. Ammunition manufacturers are experiencing a golden age in sales and profit. Gun store owners are expanding their businesses during these good times.
Without a doubt, the gun and ammunition manufacturers of America owe President Obama big time. Jim Barrett, an industry analyst at C.L. King and Associates Inc. in New York, recently told the Associated Press that the driver behind the record sales is President Obama.
Why, you ask? It’s really quite simple. The National Rifle Association (NRA) has been telling their members since the 2008 election that Obama is going to take away their guns one day. Just like that. Storm troopers are going to come into their homes and disarm them. Here today, gone tomorrow.

One problem with that scenario: it didn’t happen. If anything, Obama’s election has stimulated sales - not curtailed them. That detail doesn’t seem to faze the NRA leadership, however.
They’re using the same fear tactic this time around, and claim Obama will surely ruin the industry if re-elected because it would be his last hurrah in politics and he’s been lying in wait for the chance to cripple American’s second Amendment rights all along.
The NRA, fatter today than ever before from donations that have poured in during the last four years of fear-mongering, wants a Republican in the Oval Office. I think they’re making a big mistake attacking President Obama. It’s like hunting down the golden goose.
In the first place, there’s no way President Obama will ever get Congress to agree to any laws that would hurt, or in any way impede the firearm industry. Republicans and Democrats are both too afraid of the NRA’s power to sway votes. The firearm industry has become America’s sacred cow.

Which leads me back to why the NRA is playing the fear game again, this time around. It seems senseless, but to some extremists it’s all they have. Fund raising is an important part of maintaining the NRA’s political profile, and if they don’t have a “red letter” issue to rally around, donations could fall off.
That’s really too bad when you think about it. Everyone wants to stimulate the economy and promote American manufacturing, and the NRA wants you to vote for Romney instead of Obama - who would easily guarantee four more years of thriving gun and ammunition sales!
As It Stands, if you’re a member of the NRA who cares about seeing American manufacturing thrive then cast your vote to re-elect President Obama!